BMW S1000RR Turbo – The trend of sports is to build engines in which the power is increasing. For example, the original BMW S1000RR develops a not insignificant 199 hp. And the tendency is to increase it to each new model that comes to the market. Just have a look at the 310 hp Kawasaki Ninja H2R.

All these figures are more than enough for the vast majority of mortals. In my case, I have power over all sides. But it seems to be that Steven Decaluwe of Motokouture, were not enough and when BMW put him in his hands a S1000RR made clear what he wanted to do: Power, power and more power.

Power was the main objective for the BMW S1000RR Turbo 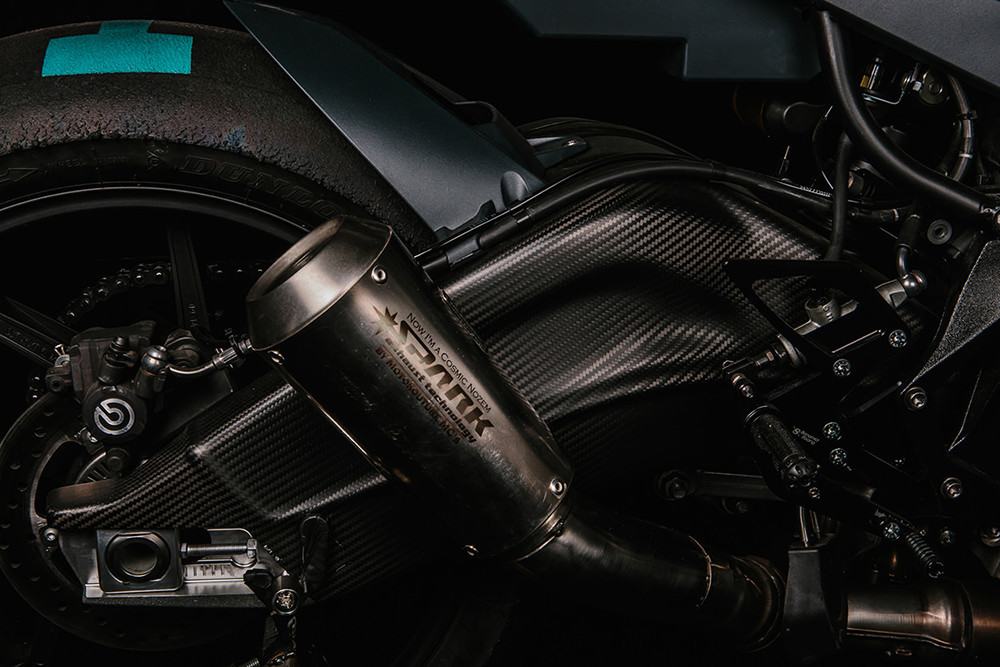 Steven’s own words make it clear, BMW has made a bike full of electronics, with a chassis already excellent and with a motor that performs especially well. This made things difficult for the Belgian to prepare the bike, but he was clear that he was going to create something that did not follow the current canons of the preparations, based mainly on aesthetics, wanted to create something from scratch and without expectations .

While he was about to dismantle the whole bike before starting, Steven was looking for a course to take his project and found it. I wanted to show that such extreme chassis and electronic aids were able to keep a supercharged engine at bay. 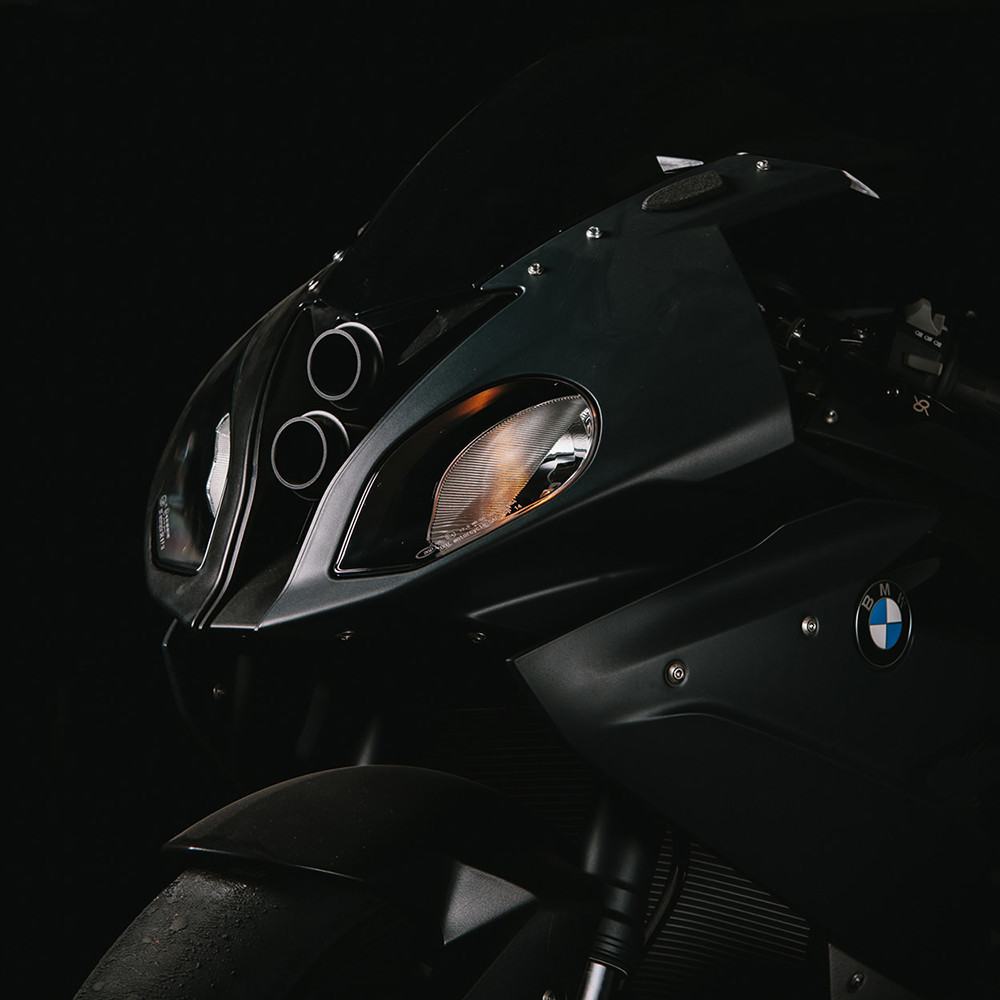 And he started to work. After two weeks of studying the bike, he installed a Garret turbocharger with electronic actuator that is connected to the ECM. It’s hard to figure out where the shell is, it’s well hidden between the custom-made fuel tank and the air cleaner case.

But not everything would be to install the turbo and fly on the asphalt. The electronic management software and the mapping of the control unit also had to be modified. With this, compression had to be reduced to 9.2: 1 to ensure durability. The numbers? Grabbing the chair: 296 hp to the rear wheel, 145 Nm of torque at 9,100 RPM and a top speed of 319 km / h which are reached with the fourth gear engaged. Crazy! 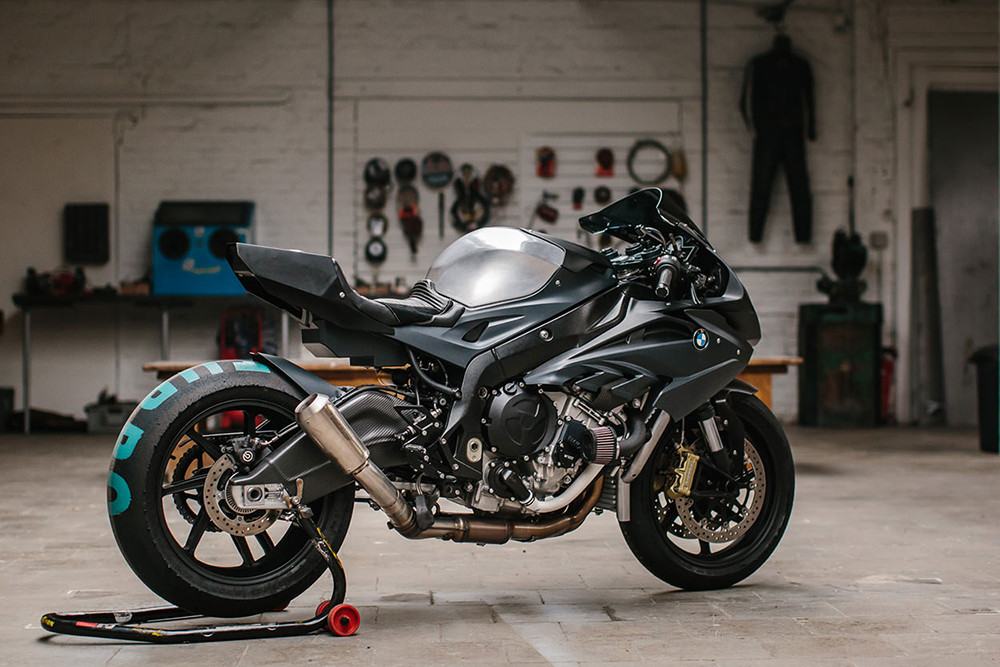 Installing the turbo also meant making new air intakes, one on the side and two going through the headlights. Shaping the fairing again, Steven got the space needed for this and for the custom exhaust manifolds, which end with a tail of the brand Spark.

The internal elements of the Öhlins front fork, with carbon-coated carbon fiber tubes, help the chassis to deal with the extra power kick that the bike now has. The swingarm is also carbon fiber and the tires are from the HP4.

In the visual part, the tail has been redesigned in the RR with a seat tailor made and a box for the electronics. His wife Sophie, of Motokouture Leathers, took care of the seat upholstery. In the end everything is at home. 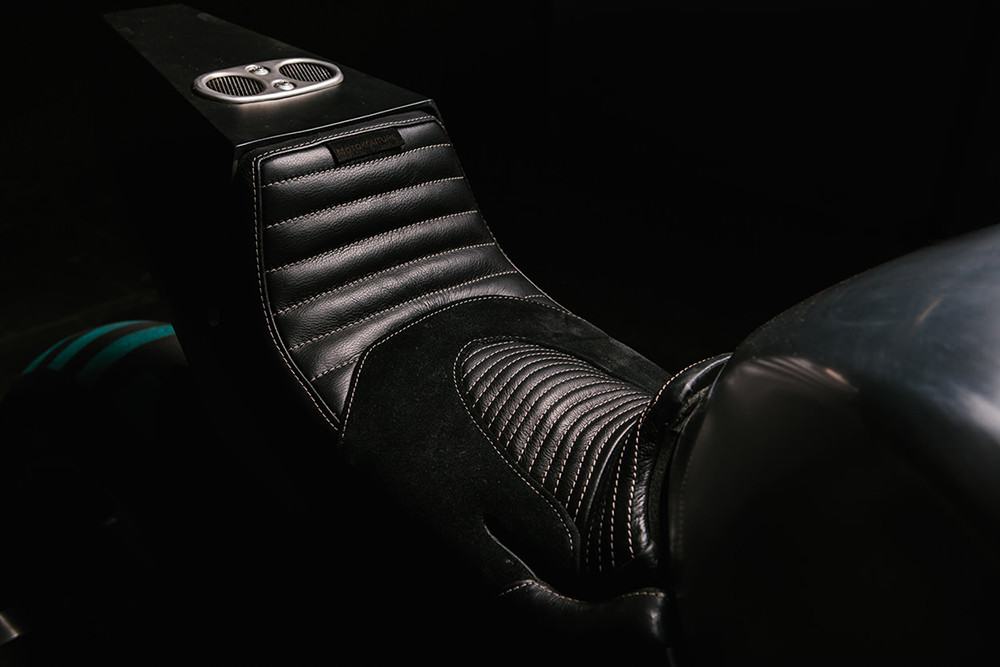 A very important detail for Steven, is the name of his BMW S1000RR turbo. The VDC # 92 / MK30, which is just like the flame, is a tribute to his friend and Belgian driver Vick de Cooremeter, who died in 2014. He says he would have been the ideal pilot to test this extremely dangerous beast.

THE TOTAL WEIGHT IS IN THE RESPECTABLE 196 KILOGRAM

In my case, I’m going to sit and admire this rocket worth bearing the acronym A.C.M.E in its fairing. Bulls always look better from the barrier, and the truth is that having this monster between your legs and opening gas should be brave or rather demented.

VIGO, an Electric Superbike ‘Super’ in Every Way – Even in the Price
Big MotorBike vs Small MotorBike – Making the Most of Your Skills
Comment