The renewed 2018 Ducati Multistrada 1260 will once again have an exclusive Pikes Peak version, inspired by the “Race to the Clouds” that takes place in the Rocky Mountains, about 16 km. west of Colorado Springs. Only 20 kilometers separate the starting line, at an altitude of 2,862 meters, from the finish line at 4,300 meters. It’s an incredibly tough race that Ducati has already won three times.

Developed on the technical basis of the Ducati Multistrada 1260 S, the Pikes Peak version benefits from the 1,261 cc Ducati Testastretta DVT engine with Euro 4 homologation and 158 hp of power at 9,750 rpm. It also takes advantage of the new dimensions of the frame, which include a new geometry of the front axle and a longer swingarm.

Along with a color scheme inspired by the competition, the Ducati Multistrada 1260 Pikes Peak comes equipped with new forged aluminum wheels, which are lighter than those of the Multistrada 1260 S. In addition, the motorcycle has the Öhlins fork and a Öhlins shock absorber TTX36, which can be regulated mechanically. 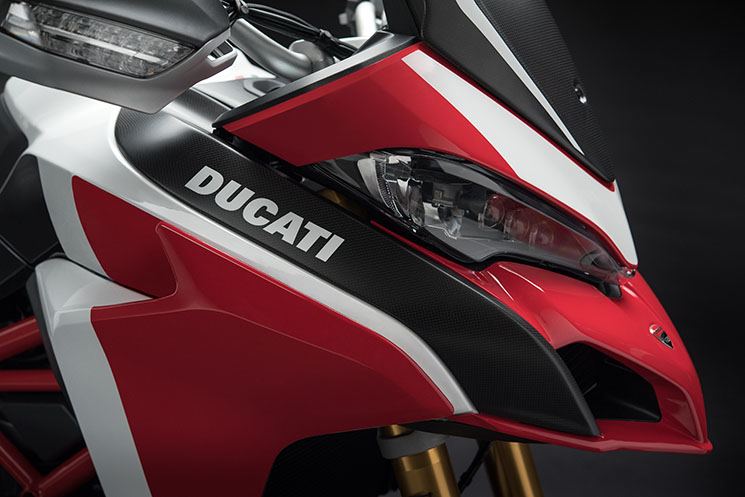 In addition to the muffler and the fairing dome, fitted as standard, a Ducati Performance carbon fiber silencer from Termignoni (approved for Europe) and a low carbon fiber racing-type screen are also available for the Pikes Peak version.

There are more carbon fiber components such as the front fender, handgrips and front side panels, while the seat sewn in a red thread has been specially designed to highlight that racing spirit of the Multistrada. 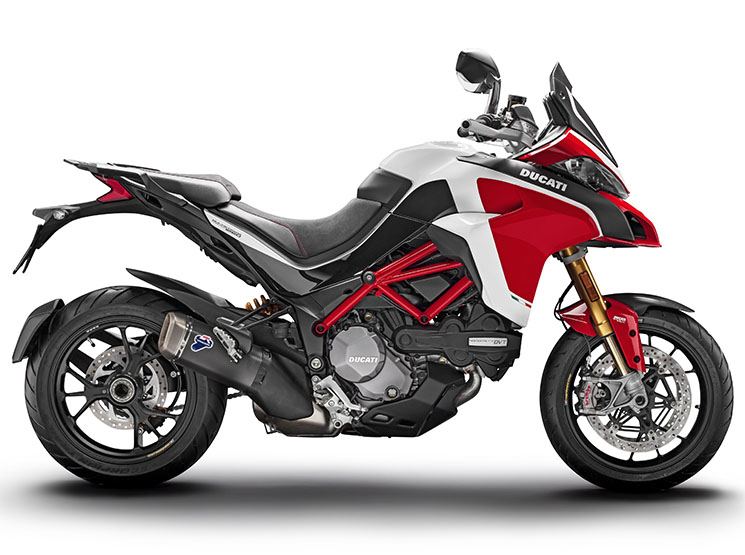 On an electronic level, the new Ducati Multistrada 1260 Pikes Peak is equipped as standard with the inertial platform Inertial Measurement Unit (IMU), developed by Bosch, which dynamically measures the angles of inclination and pitch as well as the acceleration along the 3 axes, further elevating performance and safety standards. 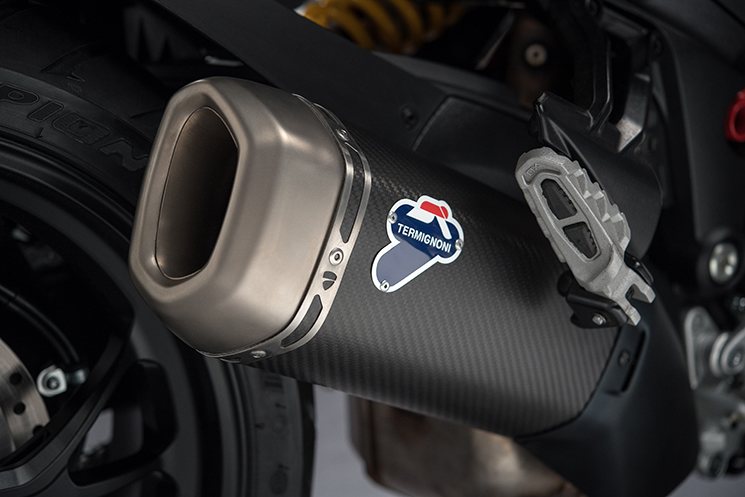 The Ducati Multistrada 1260 is equipped with assistance in ABS curves, semi-automatic DQS change in both directions, Cornering Lights (DCL) in the full-LED headlight, Ducati Wheelie Control (DWC), Ducati Traction Control (DTC), Vehicle Hold Control (VHC) and Cruise Control, the Ducati Multistrada 1260 Pikes Peak is a technology concentrate that also comes standard with the Bluetooth module; the latter, through the Ducati Multimedia System (DMS), allows the rider to connect the motorcycle to a smartphone and control the multimedia key functions (incoming calls, text messages, music) through the pineapple switches showing the information in the TFT instrument panel, which has been renewed both in graphics and logic. 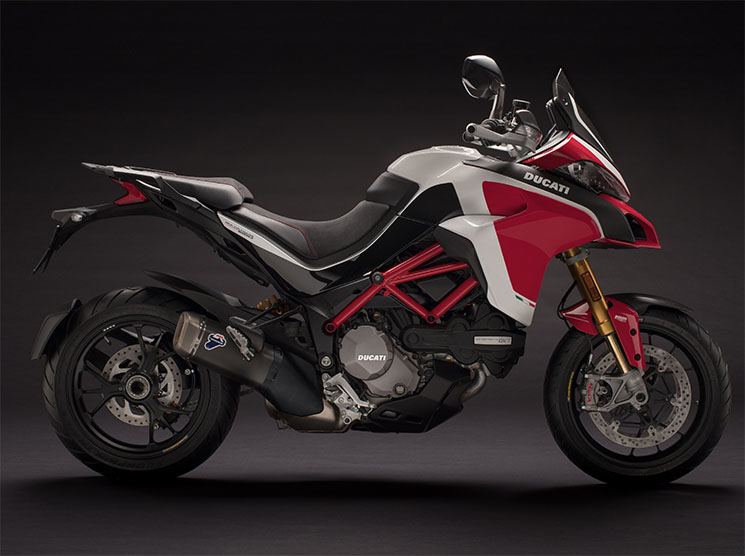 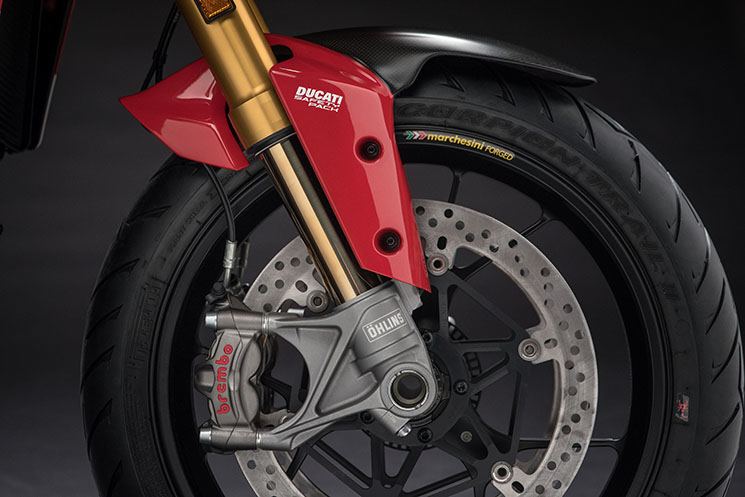