Day after day they are still finding motorcycles of those that caused fury at the time and over the years they have been relegated to a dark corner in the garage. Perhaps this Ducati Monster 750 of 1994 thus began his second life, secluded, without much attention and covered of dust.

But luckily someone had the idea of using it as a base for a radical racer coffee, and to do so have turned to one of the best national preparers. XTR Pepo has transformed the popular Monster of the ’90s in Bandu, a completely different bike that you will love or hate according to your tastes. I choose the first.

From Monster 750 to cafe racer jewel 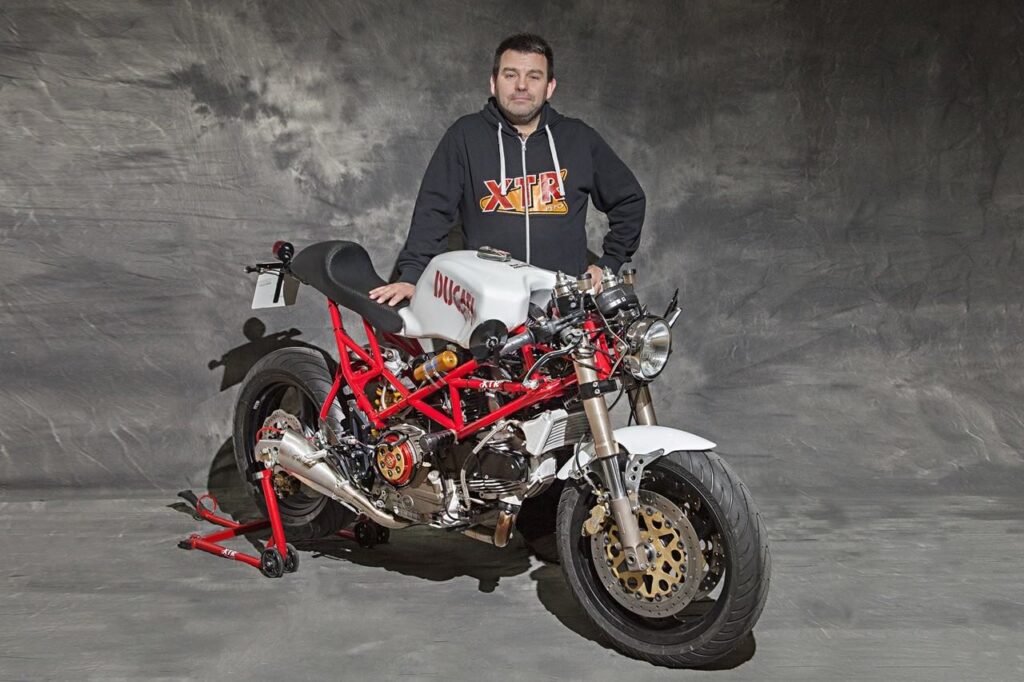 As we say, Bandu until not too long ago was a conventional Ducati Monster, with its beautiful and unmistakable silhouette, low figure and minimalist body. Of that iconic bike is very little, or almost nothing as you can see in the photos.

XTR PEPO ALWAYS TRY TO DO DIFFERENT THINGS WITH KNOWN ELEMENTS, AND WITH THIS BANDU YOU HAVE A PERFECT EXAMPLE

The body changes completely to receive a much more seventy style, although in a color unusual in these preparations: white. The front fender now uses chrome and perforated side supports and the main body part of Bandu is now an original Ducati 749 tank.

Contrary to the usual, this tank that has made the reverse step when adapting to be used with carburetors instead of injection, and by the way increases its capacity and receives a plug of Laverda. Behind it, in a straight line comes a set of a single seat fully upholstered in black topped off  with a rear tail light. As for painting work: sober, classic and elegant combining white and red.

Both the chassis and subframe have been modified to accommodate not only the new bodywork but also a modified and upgraded Ducati 900 SS engine with improved compression, improved intake and exhaust ducts, lightened flywheel, anti-rebound clutch , Carburetors Keihin FCR 41, quick gas cuff and, as icing on the cake, an exhaust e in 1 made by SuperMario with a Spark megaphone.

As the new engine and its preparation require an improvement of the cooling capacity, a Tamburini oil radiator has been placed in the front zone. The battery has been hidden and replaced by a LiPo type more compact and light, all wiring has been replaced and simplified to leave a cleaner line.

Without resorting to expensive materials, in XTR have given a new lesson on how to improve the cycle part of a motorcycle consistently. For the front fork has been used an inverted Showa adjustable Ducati 900 SS while behind it we find something more exotic with a monoamortigued Öhlins. The swingarm has been modified deeply by receiving lower reinforcements and a severe dose of lightening with striking perforations on each side.

In the front brake equipment everything is from the Italian firm Brembo. The discs retain the original measurements but are floating, if they keep the original Brembo calipers of the Monster but the pump is now radial Brembo PR19 and the metal hoses Frentubo. The clutch pump is now a Brembo PR13.

The handles are now mounted on semi-anchors made to measure by XTR Pepo, with new mirrors at the ends, an Aviacompositi control panel and a hand-held lighthouse stand that mounts a new Mash light.

Do not miss the gallery, because every corner of this bike is not wasteful. 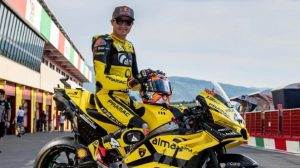 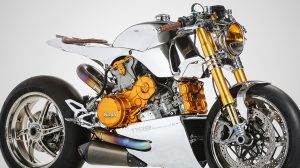