Yamaha XSR700 – Preparing the start of the 2017 season with the most authentic custom style, the Yamaha Yard Built program returns to the workshops of Taiwanese customization master Winston Yeh of Rough Crafts. After raising a great deal of excitement after its stunning XJR1300, The Guerrilla Four, in 2015, Yamaha relies on Rough Crafts for its first creation of the Sport Heritage range with a middleweight champion, the Yamaha XSR700, as a base.

Without cutting or welding on the chassis, Winston has given vent to its own style over the nervous Yamaha XSR700. The result is not a masterpiece … they are actually two. The easy-to-assemble kits allow you to transform an Yamaha XSR700 to pass, in just one hour, a whole sports cafe racer (The Corsa Scorcher) to a clear dirt-scrambler, ready to devour the track (The Soil Scorpion).

“The XSR was an incredible base to work on,” says Winston. “I love the tubular chassis of the 700 and the power-to-weight ratio is perfect for a motorcycle. With the new trimmed chassis design and the removable rear subframe it’s no longer necessary to trim the chassis to get a more custom profile.”

“It was difficult for me to decide if I wanted to use a half-rings and make a cafe racer, or put a straight handlebar and create a more tracker design and that’s where I had the revelation: why not use a kit and let users decide to combine Suspension elements, tires, brakes, handlebars and so on to create the bike to your liking? ”

With the idea that the kit should be as versatile as possible, He designed a top pin compatible with the YZF-R1’s fork and axle, along with other specific elements of the Yamaha R1, such as the brakes and the rim. He then used the 700’s rim design to create his own system for changing the wheels on the front reversed fork and the rear axle.

To achieve the concept of a transformation and two motorcycles, he went to Shark Factory in search of his digital remote control system, which allows him to adjust the bike on the road for asphalt or dirt track. The cafe racer version has ultra-light alloy wheels made of carbon, Rotobox and Gilles Tooling semi-anvil. The whole bike is complemented by a silent high performance titanium Akrapovič.

The “Faster XSR” kit consists of a carbon fiber monocoque fairing complemented by a compact aluminum tank just below, and all with a direct mounting on the original model, unmodified, by MS Pro.

The level of detail of the Corsa Scorcher cafe racer is exceptional, as shown by the Rough Crafts hand-held collectors of the exhaust line. The brake calipers and discs are the standard ones of the XSR, combined with the Beringer elements. At the back, the Wukawa Industry star stands out, along with Gilles Tooling lagging feet and MS Pro footrests. MS Pro controls make everything right on the handlebars, accompanied by Rough Crafts and Finish supplements. Style that slightly raise the handlebars. In addition, there are many more Rough Crafts own invoice items, such as in the headlight grille, the tank cap, and of course, in the carbon protagonist of the transformation. Finally, Rough Crafts highlights the engine block thanks to the Velocity Stacks filters.

In the Soil Scorpion Transformation, the XSR changes the disc and the standard brake caliper by Beringer elements on the cast iron wheels Wukawa Industry. The new driving position is improved thanks to the Rough Crafts “Fighter” handlebar and the MS Pro controls. The transformation is completed by two exclusive lacquers, the work of the usual Rough Crafts collaborator, Air Runner Custom Paint. 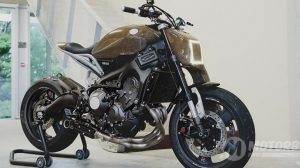 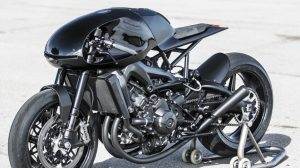 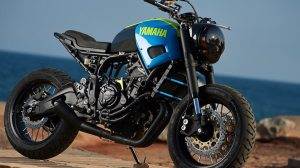