The top Scrambler Motorcycles - Lightweight motorcycles equipped with rugged tires and suspension; an off-road designed for riding cross country in 2020

Scrambler Motorcycles – Lightweight motorcycles equipped with rugged tires and suspension; an off-road motorcycle designed for riding cross country or over unpaved ground. It is increasingly difficult to establish a segmentation in the motorcycle market, but even more so when the brands themselves attack a certain type of motorcycle from different prisms. Precisely this is what happens with the name scrambler.

The first “scramblers” were first seen in the ’50s in the United States, it is assumed that adapting classic road bikes to use on “broken” terrain … And, as they began to succeed, and in Europe, they began using motorbikes to roll on land, the British motorcycle company Triumph decided to manufacture what would be its first Scrambler model: the TR6 of 1956.

That was the first motorcycle of that modality in charge of a great company, and that was already sold of origin prepared to race in desert and cross country races. It was an “off-road” with a twin-cylinder engine in parallel, more effective than single-cylinder, so the Triumph Scrambler bike stood out in races held by the pilot Bud Ekins.

Back in the seventies, the Italian brand Ducati had a factory in Barcelona. Indeed, the Mototrans company popularized “national” 4 T models of 125, 175, 250 and 350 (and then of greater displacement, such as the cranky Ducati 500 twin-cylinder in parallel, a technical failure) …

From the 250 and 350 Road versions “Scrambler” was made. They were small single-cylinder, but four-stroke, so that they adapted better to mixed-use, also for the road and the attempts of the Spanish “two-stroke” brands such as Bultaco, Ossa or Montesa, to new market trends…

From there, the “scrambler”, passed to the first trails, single-cylinder 4 T air, such as the Yamaha XT500 … and then, Dakar through, in a history already known, the best tourism motorcycles of the 21st century became two-cylinder motorcycles and up to four cylinders, but with high handlebars, large tanks, and long suspensions … The current maxi-trail.

And, suddenly, as with all fashions, the scramblers returned. Indeed, in 2006, Triumph recovered the trade name “Scrambler” and resumed the commercialization of new “mixed” models oriented almost one hundred percent to the asphalt but with off-road details.

If we take scrambler motorbikes as models of wide handlebars, derived from more or fewer road motorcycles as they emerged in the 50s-60s and with certain offroad skills, we find many proposals that match this definition. As different as unique, this 2020 comes a new batch of scrambler bikes to join those already know, so let’s take a look. 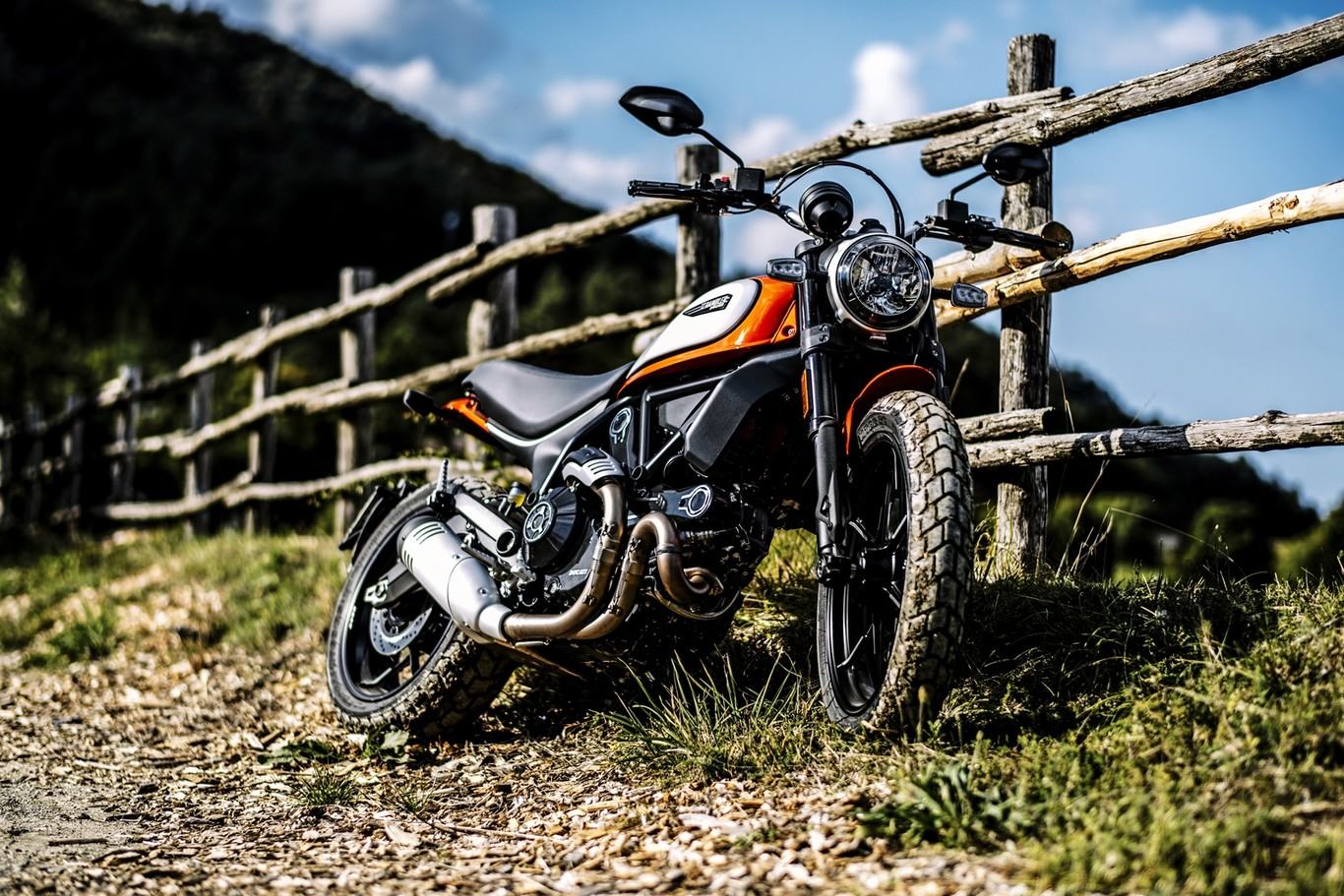 Without major changes, the Ducati Scrambler motorcycle range has been renewed again. The most popular saga of retro-style motorbikes has been updated for the next season in its 800 cc variants to try to remain the bulk of sales of the signature of Borgo Panigale.

The most important to update has been the Ducati Scrambler Icon, a well-known bike that barely changes on the outside, but much on the inside. The body is intact and only changes the exhaust and the heater protector, while the big changes are in the front LED headlight, adjustable suspensions, new seat, assisted clutch, control panel with fuel level indicator and ABS with curved anti-lock.

To top it all off, the Full Throttle, Café Racer and Desert Sled incorporate the same changes and all bring new paint schemes, in addition to maintaining the Desmodue engine of 803 ccs, 74 hp and 67 Nm of torque. 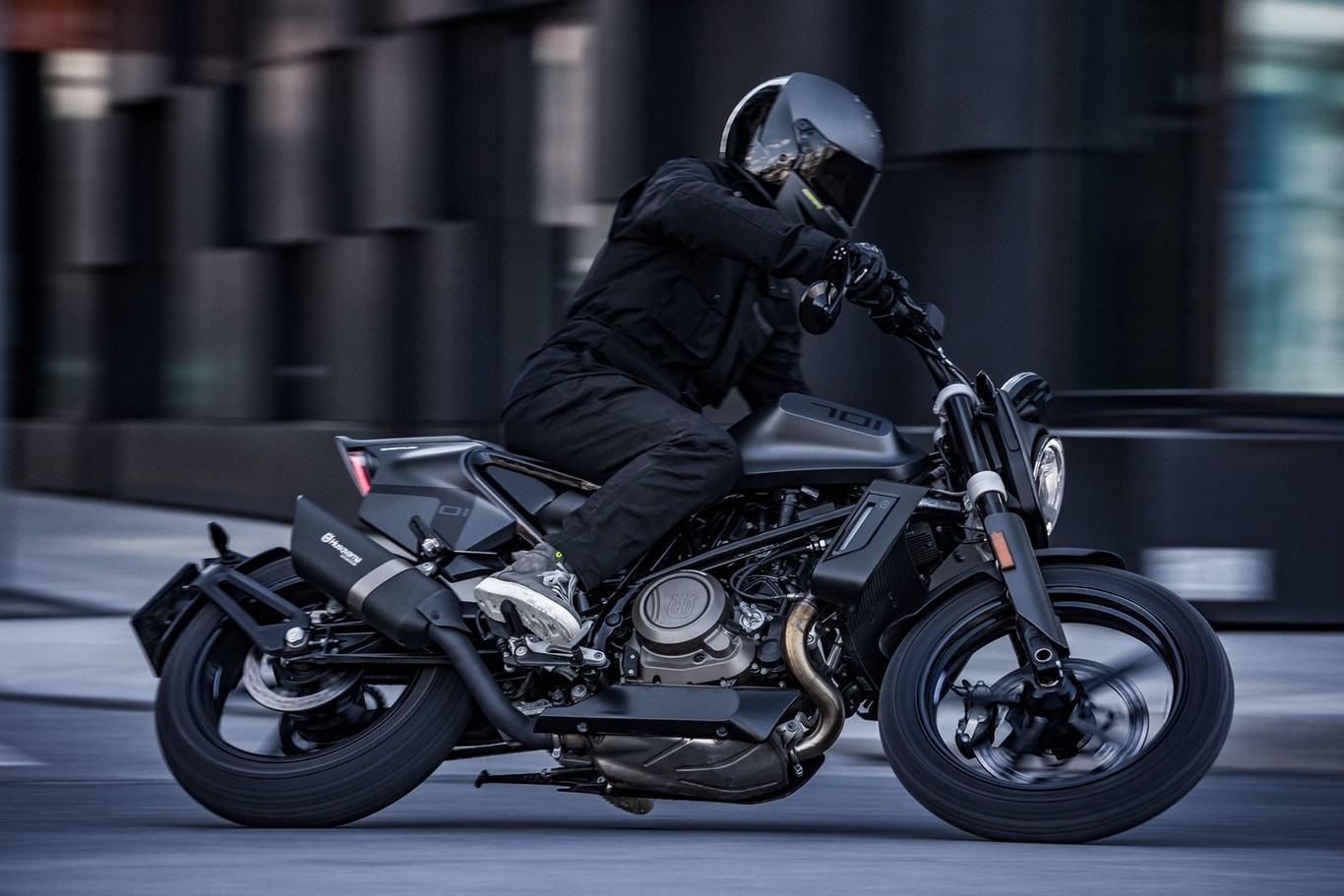 We could be surprised, but no. The Swedes have not caught anyone unexpectedly when presenting the Husqvarna Svartpilen 701 because it is a concept that they already presented last year and that the brand itself already has in version 401.

In spite of everything, the Svartpilen 701 is surely one of the most beautiful motorcycles that we would find during the 2020 season in the dealers. His undeniable Nordic spirit has taken shape thanks to the Kiska studio and the result is a futuristic scrambler motorcycle.

High handlebar, body with touches of the street tracker, mixed tires, 75 hp for 158 kg and a more upright position make up the Svartpilen 701. A black arrow that we would not mind having in our garage, and if it were next to a Vitpilen 701, best. 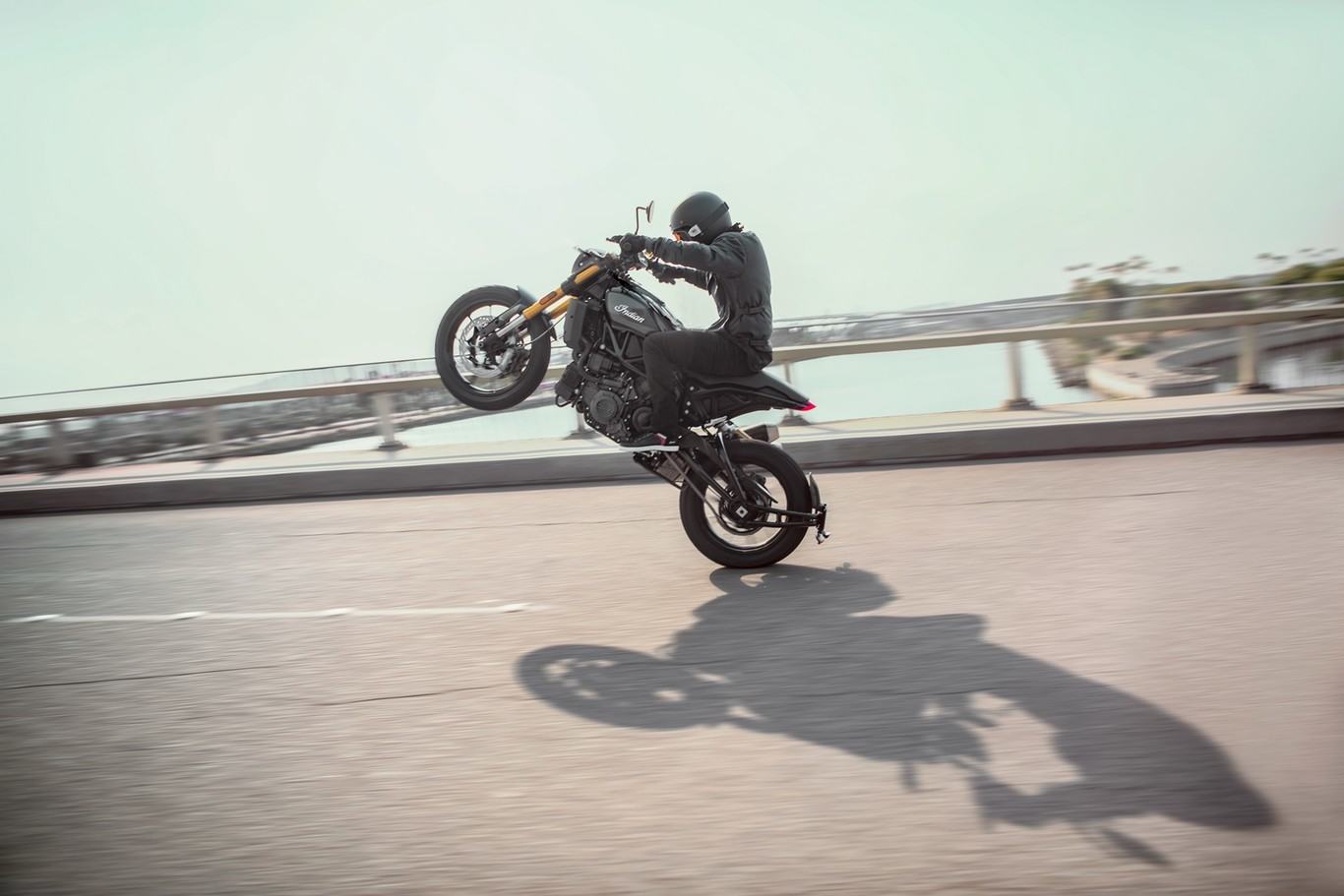 Practically unclassifiable for not having direct competition, the Indian FTR1200 arrived in 2019 as one of the most anticipated proposals in the market. So far no brand had dared to derive a Flat Track motorcycle for the road until they have arrived.

Against all odds, perhaps the Indian is the most scrambler of all the bikes of this selection, even more than those that use this denomination because the scrambler movement originally took street bikes and adapted them to travel through the deserts of the southern United Estates or, later, race with them in dirt ovals. Hence the eternal rivalry between Harley-Davidson and Indian in Flat Track.

The result is a very technological FTR1200 and with a brutal look that only detracts from the bulky double exhaust. For the rest, it has nothing to do with the rest of the brand’s bikes and it’s all-new; from the chassis to the distribution of weights (look at the battery placed just behind the front wheel) or the two-cylinder engine, 1,203 cubic centimeters 121 hp and 115 Nm torque. We are looking forward to testing it. 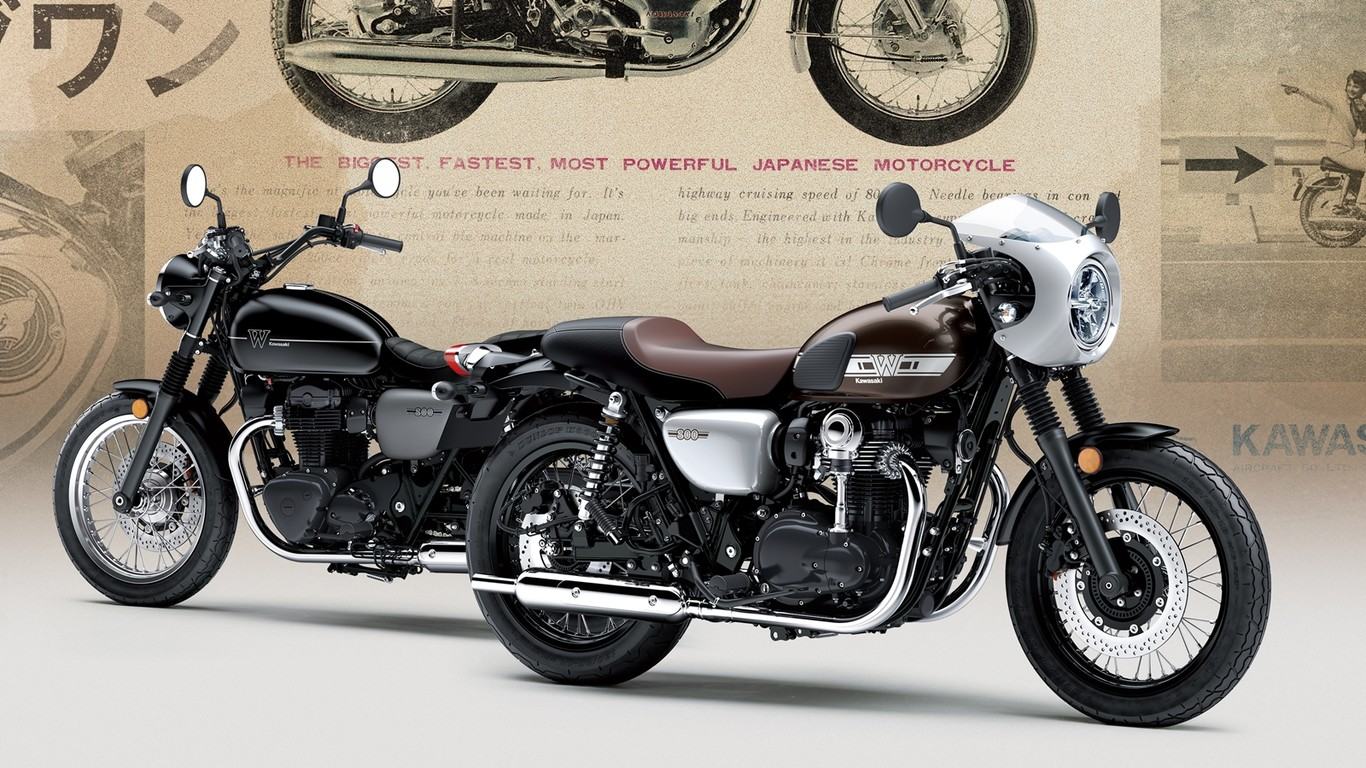 Playing ambiguity, the Kawasaki W800 has always been postulated as one of the most desirable motorcycles in the segment of classic-looking frames. Neither coffee racer, nor scrambler, nor neo-retro … The W800 has returned to continue conquering hearts as did the W1 of 1965, the firstborn of the saga.

A little over 2 years ago Kawasaki gave us a scare when the production of the W800 ceased, but it has only been a stop along the way because in 2019 it returned and did do so in two versions. On the one hand, we will have the traditional one with a more scrambler style and on the other one with a somewhat more radical configuration.

In both cases it should be noted that they are new motorcycles with 80% of the components of new invoice, more dynamic and sharing a two-cylinder engine, 773 cubic centimeters and 47 hp, that is, suitable for the A2 card without limitation.

By the way, it shows that in Akashi they want to exploit the most sporty version because at the moment apart from the photo you have on these lines there is no photo of the more traditional W800. 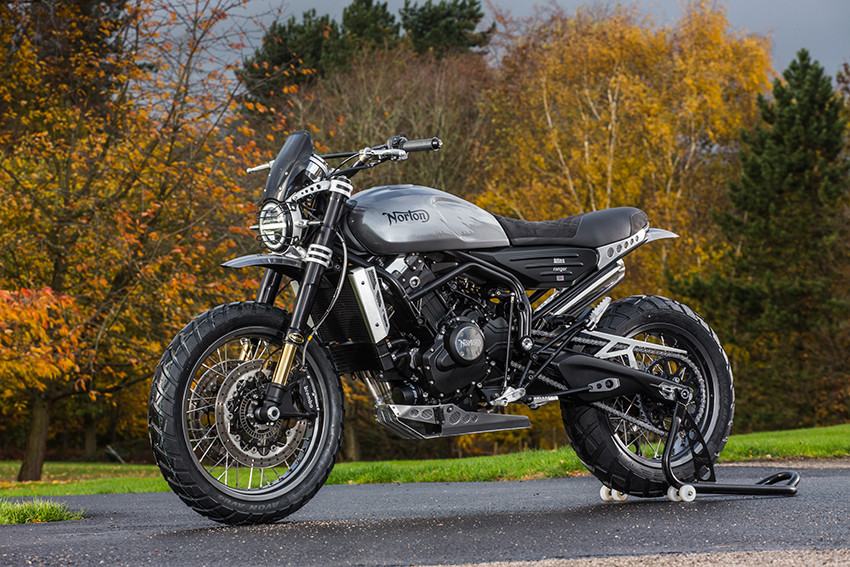 Aimed at a very select audience, Norton’s new two-cylinder middle stockings are ready to make a dent in the scrambler segment. The Norton Atlas Nomad and Norton Atlas Ranger are two sides of the same coin with the face of the Queen Mother.

Starting from the same two-cylinder engine in parallel of 85 hp and 64 Nm of torque that has also given birth to an ultra-exclusive 105 hp sport, the Nomad and Ranger show off the best British artisan spirit with two sets that will exceed Long 10,000 euros. 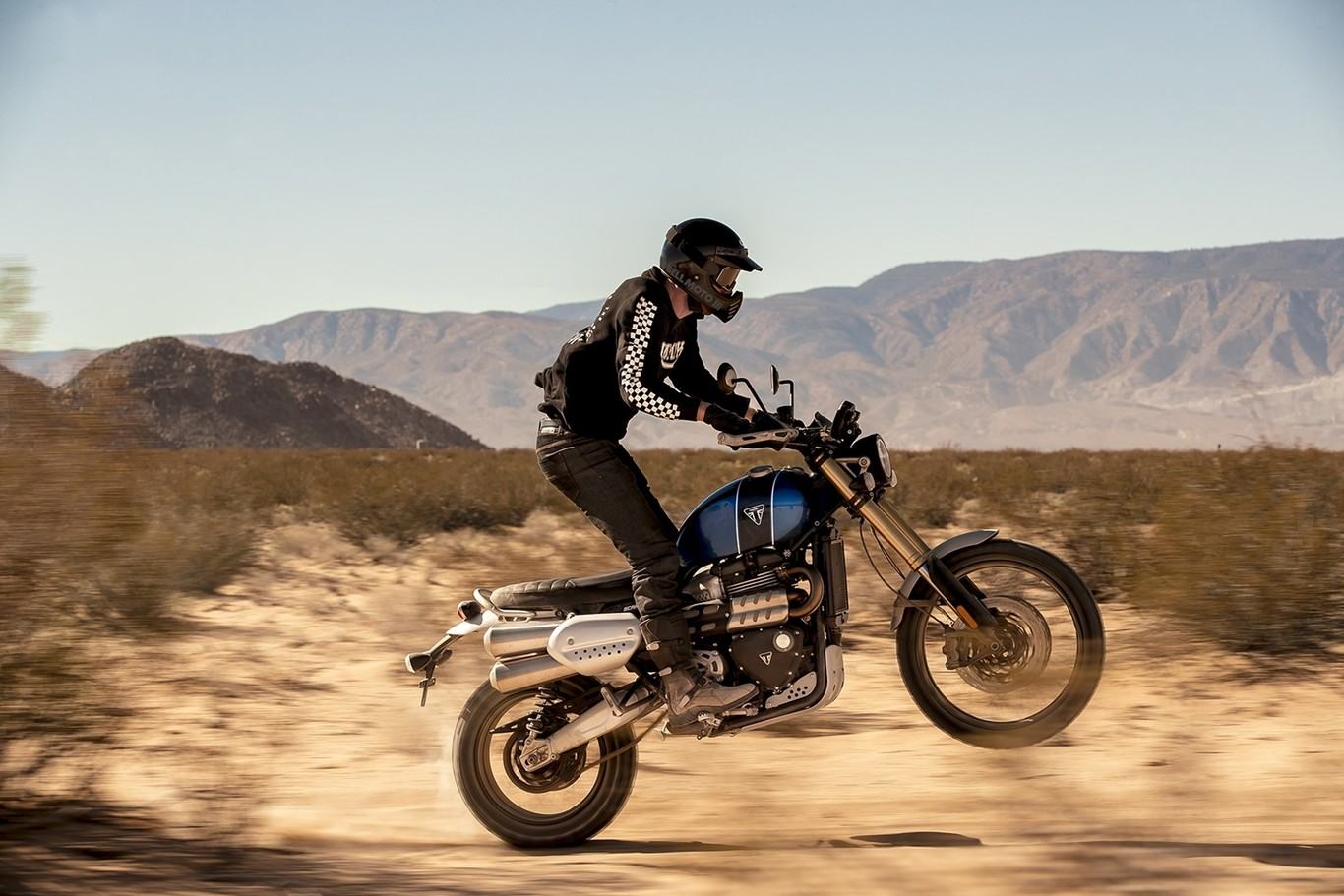 Full of attitude. Thus comes the Triumph Scrambler 1200, a motorcycle ready to stand out in the segment of pure scrambler thanks to a sublime aesthetic, good performance and a level of finishes and components worthy of the best of the British house.

Those of Hinckley have put all the meat on the grill for the conception of this new model and its quality is noticed by any corner that you look at it. Works of paintings with an undeniable British style, components signed by Brembo, Showa and Öhlins and an engine with HT specifications of two cylinders, 1,200 ccs, 90 hp and 110 Nm of torque. 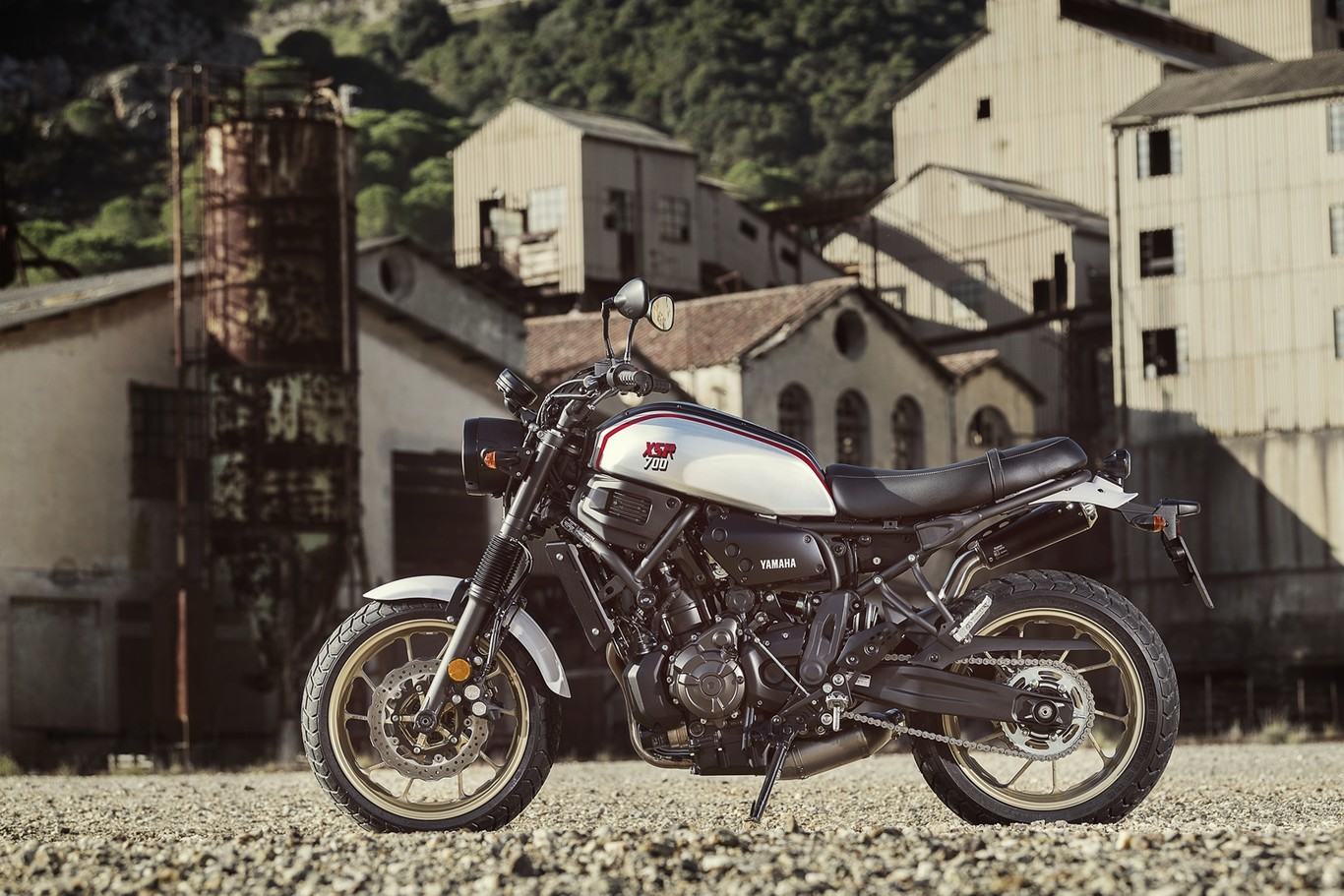 Ok, this candidate may not be totally new, but the Yamaha XSR700 XTribute deserves the honor of being included in this category. Deriving from a modern naked like the Yamaha MT-07, the XSR700 embraces the old-school concept and flirts with the trail world in this tribute they presented at the last Milan Motor Show.

The Yamaha XSR700 XTribute pays tribute to the veteran Yamaha XT500 of the ’70s in a pretty appetizing wink. Paint in three colors with specific graphics, logo like those of the XT500, gold wheels, white fenders, fork bellows and special seat in brown shape this modern tribute.

In its heart beats the two-cylinder CP-2 engine in parallel without changes, with Crossplane crankshaft, 689 ccs, 75 hp and 68 Nm of torque for a running weight of 186 kg with all the full made. 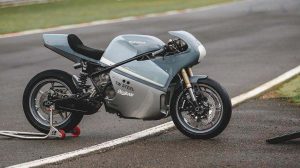 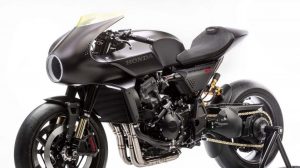 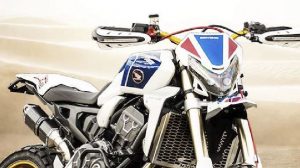