Chris Fillmore can boast of having established a new absolute record on two wheels in his first participation in the Pikes Pike International Hill Climb.

The American rider faced the first 19.99 km of the famous ‘Race to the Clouds’, and made it at the controls of a KTM Super Duke 1290 R series, a real beast of 177 hp that has been able to Complete the climb to the Pikes Pike in just 9 minutes 49 seconds, setting a new absolute record in the Heavyweight Division, until now held by Carlin Dunne (09:52) with the Ducati Multistrada S.

The time set by Fillmore also improves the record hitherto held by Jeremy Toye in the Heavyweight Division, with a time of 9:58 using a Kawasaki ZX-10R modified for competition.

KOM KOM KOM KOM KOM KOM KOM This moment felt pretty damn good after winning the 95th running of the #pikespeakhillclimb and breaking the motorcycle course record that had held for 6 years, on my first attempt up the mountain. What a wild friggin’ ride it was! It was a #ktm 1-2 finish for myself and mate @renski33 !! @ktmusa @wp_usa @alpinestars @bell_powersports @troyleedesigns @rideshimano @motorexusa @rottweilerperformance @ppihc1916

The video that we bring you today was recorded by Chris Fillmore during his rise in this 95th edition of the Pikes Pike International Hill Climb, with several highlights, especially the 9:30, when the KTM rider is about to go long in a Turn fast and get off at one of the worst places of the climb, near the summit, as he explains: “I brake, I had already passed the apex and ended up going directly to the edge, I was braking all the way to the edge It was a big mistake. I came in too hot, and I had reference points , I did not know where I was. For a moment I took off my foot, I was leaning on it and I thought maybe I would have to jump off the bike so I would not go off the cliff. ” 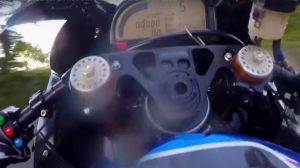 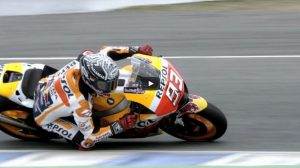