A 69-year-old American has been sentenced to 15 years in prison for deliberately throwing a couple on a motorcycle. The events took place in October 2015, when Eric Sanders, 37, and his partner Debra Simpson, 38, were driving along a highway in Hood County, Texas, along with another driver who was recording everything on an installed camera in his helmet.

In the recording it is possible to observe that Eric Sanders advances with his motorcycle over a gray SUV with continuous double line, and when arriving at the following car, a white sedan, this one makes a maneuver to block the passage of the motorcycle and ends up provoking a an accident in which Debra Simpson, the passenger of the motorcycle, suffers a fracture in one of her arms as well as multiple bruises. 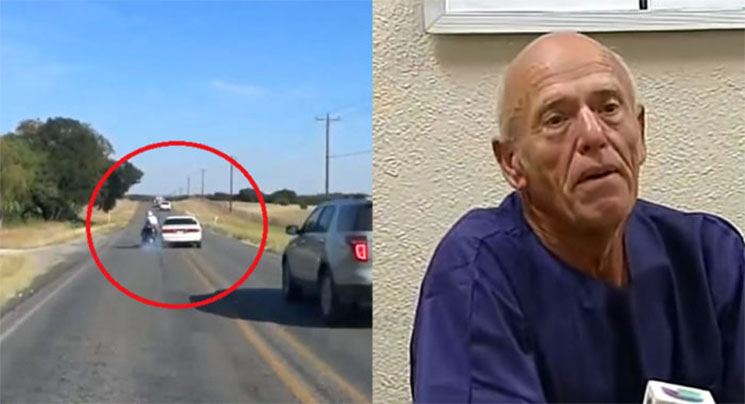 As soon as he got out of the car, William Sam Crum – now condemned to 15 years in prison – shows his total indifference to the action he has just taken. Later, in court, his lawyer tried to claim that his defendant had received the sting of a spider, and for that reason lost control of the car.

The jury, however, made it clear that William Sam had intentionally blocked the motorcycle, putting the lives of two people at risk, sentenced him for 15 years for a double sentence of aggravated assault with a deadly weapon.

This is How the Six Engines of the MotoGP 2017 Grid Sound
Isle of Man TT 2017: New trailer Promo
Comment