Gigi Dall’Igna, general manager of Ducati Corse, acknowledges that the new aerodynamic solution that they will test after the holidays can help Jorge Lorenzo overcome his big problem with Desmosedici: stability. “Our bike, especially at high speeds, is a little unstable. That undermines Jorge’s confidence to be fast and hurts one of his strengths,” explains the Italian engineer in an interview with Sport Rider.

“I think aerodynamics can help Lorenzo with this point,” Dovi has the same problem, but he is used to handling this type of motorcycle and knows how to deal with it. For him it is more a feature of the bike than a negative point. In any case, I think there will also be an improvement for him, “he adds.

Ducati works with the anti-jerk control to reduce the movements of the GP17 when opening the gas, although the new aerodynamic solution can also give certain advantages in other riding areas. Although they presented one of the most radical aerodynamic solutions in the preseason, the famous hammerhead fairing, they did not homologate it to compete. Since the first race of the year, those of Bologna have dressed their motorcycles in the “classic” way.

The management of the tires

During the first half of 2017, Andrea Dovizioso has won two events: Mugello and Barcelona. In this last race though, Jorge Lorenzo started from the second position of the grid. Both were done in hot conditions, a scenario on which Yamaha has had problems and the Italian Factory has been one of the most competitive. The #99 was the key: the Desmosedici manages the tires well (with some exceptions, like Austin) and the new rubber that Michelin introduced in Mugello gave them good results in high temperatures. 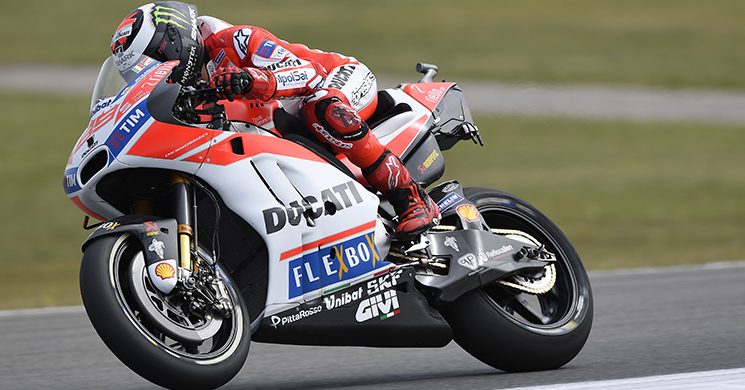 This has become an advantage and, according to Dall’Igna, have “invested heavily” in understanding how to work the tires: “It is clear that we had a big problem with this before, so during the last years we have Worked, quite well in my opinion, to understand it. “

Search for the balance

Dovizioso’s two consecutive wins and Maverick Viñales’s crash at Assen allowed the Italian to lead the overall standings until the German GP. Now, the #04 is six points behind the first-place, Marc Márquez, and remains in the fight for the title.

This situation contrasts with statements that came to light in mid-May: “We do not have the speed necessary to fight for the title, we have to think about next year if our goal is that. We must analyze everything and decide in which areas we really need to work. From there, we will try to get results in that aspect next time. Turning the bike in curves is one of the points to improve, sure, and with the arrival of Jorge, this has come to light a little more. “ 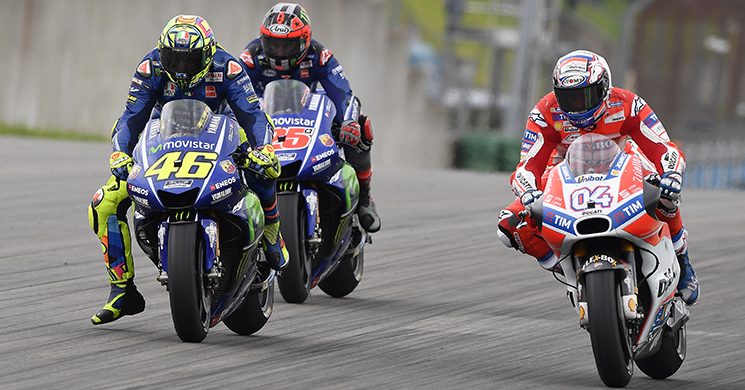 Dall’Igna is aware that the GP17, compared to other prototypes like Honda, turns less, but insists: “If you worry about the bike’s spin, the bike will lose something in its current virtues. Balance between all areas. In some places we are superior to others. “