Assen SBK Jonathan Rea – Current WSBK champion and championship leader Jonathan Rea has dominated the first day of free practice of the Assen round of the SBK World Championship. The Kawasaki Racing Team rider set the best time of the day in the final part of the FP2, a 1’35.383 that has placed him at the top of the combined time chart, ahead of the Chaz Davies Ducati (2nd +0.112 ) And his teammate Tom Sykes (3rd +0.149), who achieved the best time in the morning FP1.

Good day for Jordi Torres, who finished fourth in the BMW S1000RR of the Althea Racing team. The #81 left the time in 1’35.812 during the FP2, a time that leaves him something less than half a second of the record of Rea, ahead of Lorenzo Savadori, that reappears in Assen after his injury obtaining the fifth better time ( +0.555). 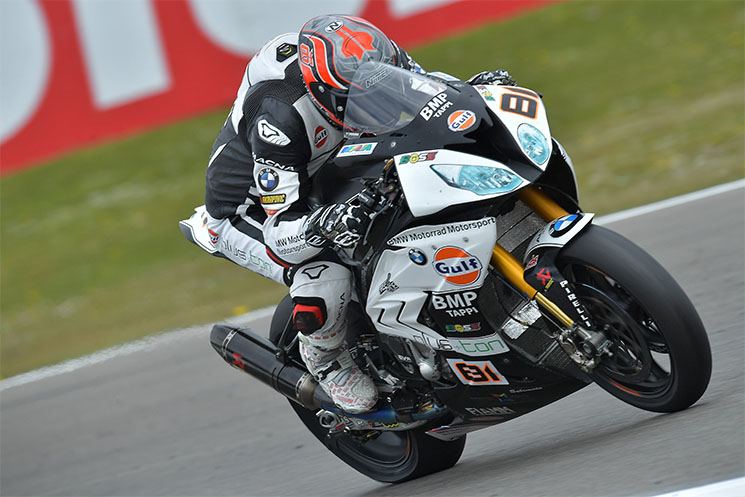 Xavi Forés starts the weekend in Assen with a discreet 12th place in the combined, a second of the time of reference of Jonathan Rea, while Roman Ramos finishes 17th on Friday, 1.8 seconds behind the leader of the day.

In Supersport, Kenan Sofuoglu (Kawasaki Puccetti Racing) has recovered the form after the injury and is placed to the front of the chart after the first two free sessions of the weekend, ahead of the MV Agusta F3 of Jacobsen (2º +0.172 ), And the Yamaha R6 2017 of Lucas Mahias (3rd +0.399), the leader of the championship with 45 points, five more than Roberto Rolfo. The only Spaniard present in Assen, Nacho Calero, finishes 25th (+2,451) free on Friday. 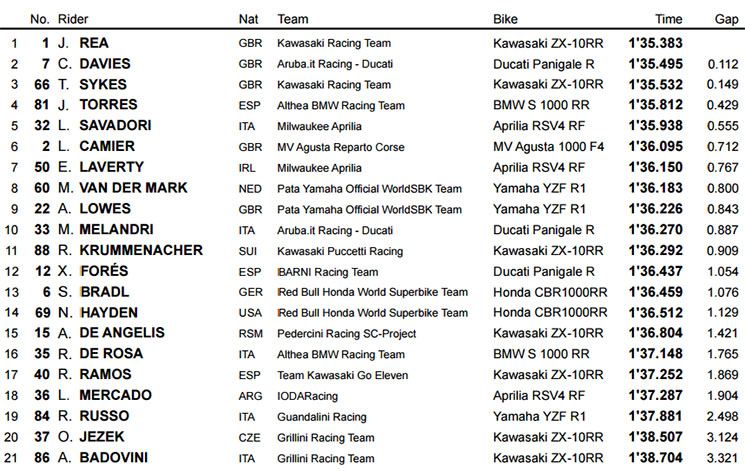