Although all the MotoGP factory riders have contracts until the end of 2018, Cal Crutchlow does not rule out leaving the LCR Honda at the end of the season to get on an official bike. The Briton, whose contract with the structure led by Lucio Cecchinello ends this year, recalled in Jerez that all factory riders have “performance clauses” that allow the brands to be able to dispense with them if they do not achieve minimum results at the end of the season.

“For now I have not signed any contracts,” Crutchlow told British media last weekend. “People think I will continue in the LCR, but there are several riders who are not doing a good job right now, who have performance clauses with their teams.”

The Briton is clear that he will only leave his current team if he finds a motorcycle and a 100% factory structure. “They’re all factory riders,” replied the #35, wondering what riders could lose their seat for a performance clause without naming them. “Why would I look at something else? Actually now I have a factory bike inside a satellite team.” 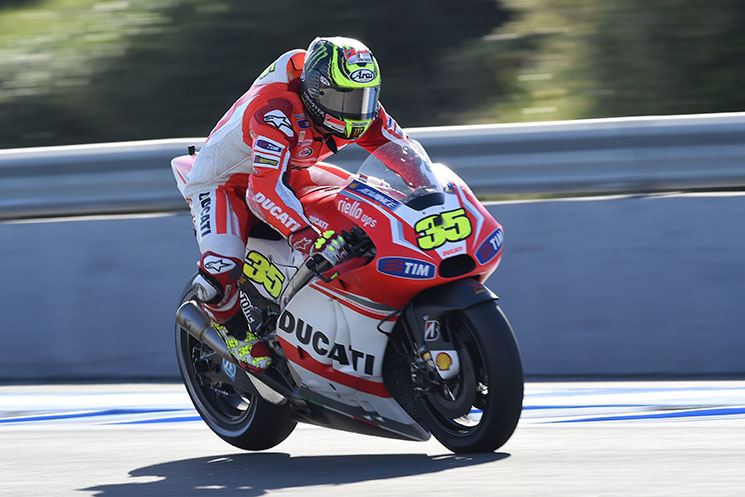 Carl Crutchlow, a 2016 two-race winner (Brno and Australia), says “to not be in a hurry” to decide his future: “Right now I feel fantastic, I think I am riding very well. The team is doing a great job and Honda supports me completely, “and claims he is not worried about the rumors that place riders like Takaaki Nakagami or Franco Morbidelli at the LCR Honda next season as potential teammates:” Of course I have heard the rumor about Nakagami, but it is something that has nothing to do with me ”

“I may make a decision soon, but that depends on how some of these riders are going,” Crutchlow says again. “Because, as I always say, if you put Marc Márquez on another bike, they would be shocked by how fast that bike could go.”

Since his debut in MotoGP in 2011, Cal Crutchlow has played in three different teams. His first three years spent as a Monster Yamaha Tech 3 rider, achieving in 2013 his best overall result with a fifth place finish at the end of the season, a position that opened the doors to the Ducati factory team.

The #35 only disputed a season with the team of Borgo Panigale, closing 2014 with its worse result in MotoGP (13th). At the end of that year, Crutchlow and Ducati broke their contract of mutual agreement and the Brit went to the LCR Honda, achieving with the Italian team his two unique victories in MotoGP during the season 2016.

Márquez: – Zarco Reminds Me a Little Bit When I Got to MotoGP”
Viñales and Rossi Do Not Share the Same Opinion About the New Yamaha Chassis
Comment