Daniel Hegarty has lost his life during the 51st edition of the Macau Motorcycle Grand Prix. The 31-year-old has suffered a very strange fall in the curve Fisherman’s Bend that has forced the organization of the Macau GP to stop the test with red flag, giving as winner to Glenn Irwin (PBM Ducati)

Hegarty’s fall occurred on lap number seven at the entrance of Fisherman’s Bend (the fisherman’s curve); the Top Gun Racing driver reached a speed much higher than usual at that point, and has been thrown over his bike after blocking the front end, hitting the wall so brutally that he has lost his helmet and a Boot on impact.

The assistants, located on the other side of the wall, have attended Daniel Hegarty quickly, transferring him to a nearby hospital where doctors have not been able to do anything to save his life.

For Daniel Hegarty, today’s was his second participation in the Macau Grand Prix. After successfully debuting here in 2016 – he was 16th in the overall and third in rookies – this year he returned to Macau with the same bike that Conor Cummins ran the Pokerstars Senior TT 2014, a Honda CBR 1000 RR. 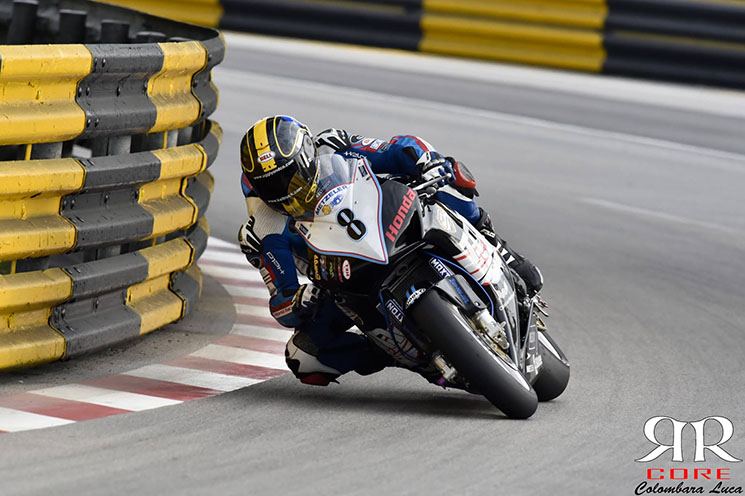 Just a few hours ago, after achieving the 15th position in qualifying on Friday, Hegarty thanked his team for the work they had done on their motorcycle over the past two days: “Many thanks to Top Gun Racing for its hard worked, now the bike is much easier to ride “, tweeted the pilot of Nottingham, known in the paddock by the nickname of ‘Hegatron’.

The last fatal accident that occurred in the Macau Grand Prix was in 2012. The Portuguese Luis Carreira lost his life at the same point where Hegarty has passed away today, Fisherman’s Bend, a fast right curve that pilots face after a straight section in which they exceed 240 km / h.

We join the condolences to the family and friends of Daniel Hegarty. #RideInPeace