The Pramac rider Danilo Petrucci says he is trying to emulate the dazzling race start of the Ducati rider Jorge Lorenzo.

Jorge Lorenzo has led several incredible starts in MotoGP this year, which has allowed him to lead the first laps despite having not qualified in the front row only three times for now.

The one that will be his successor in Ducati next year, Danilo Petrucci, ensures that the advantage of the Spanish comes from squeezing from the beginning in each free practice session, something he has been trying to apply to his work method.

“While others assume more risks on the first lap of the free practice sessions because they do not have a good time or because the tire is not hot yet, he can push a lot.”

“I think it comes from the feelings he has with the bike, he’s a champion and he’s got more in some areas.”

“We discovered this and for a couple of races we are trying to copy their way of working, trying to be more efficient in the first lap.”

“But you risk a lot because if you fail on that lap, they’re all going to say you’re an idiot because it does not count at all.”

“It’s very easy for him to be the fastest already on that lap or in the first lap of the race.” 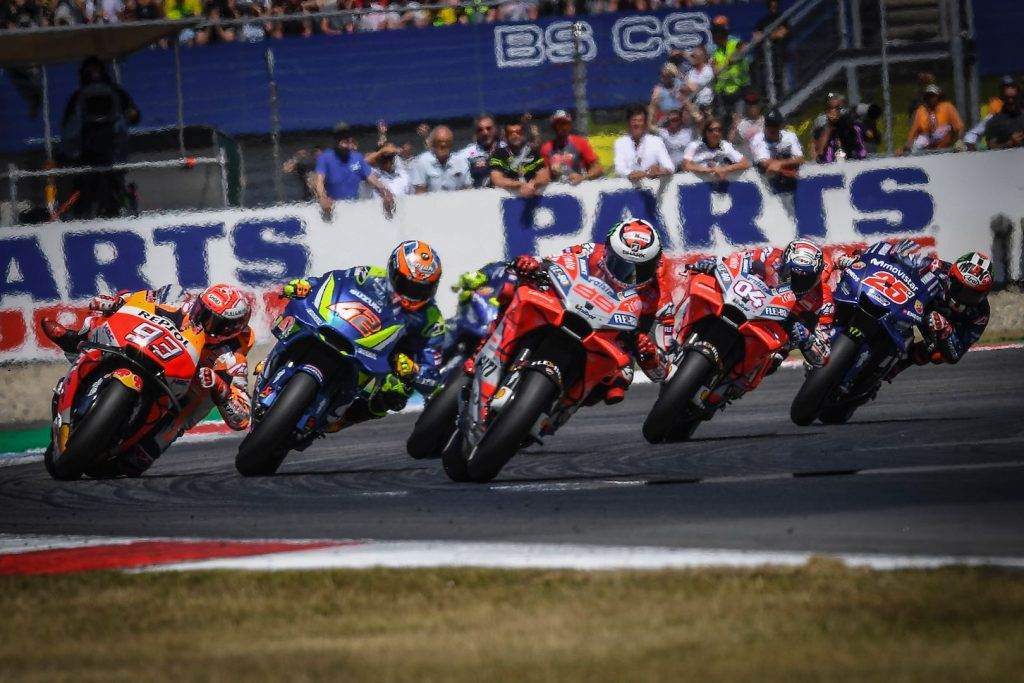 Petrucci also compared Lorenzo’s style to that of Casey Stoner.

“Now he looks like Stoner, he was incredibly fast in the first lap,” said the Italian. “I think he has trained a lot, because last year when he debuted [with Ducati], I remember that he started very slowly and then there was a point, that in each lap he won two or three tenths per lap. and now he is the best at doing it. ”

Danilo Petrucci, seventh in the standings but with almost the same points as Jorge Lorenzo and Andrea Dovizioso, also acknowledged that he is taking advantage of what remains in  2018 championship to prepare for his first season in the Ducati official team next year.

“I have to work in many areas, because sometimes I’m not constant race after race, so fighting for a good position in the championship is more difficult.”

“I have some time left this year to improve my weak points and without the pressure of the next, I have to take this year to make the best season in my career, and then prepare everything, especially me, for next year”, said.

Lorenzo Annoyed with Dovizioso – I’m a Little Fed Up with this Situation
Goodbye To The Tariffs for Japanese Motorcycles!
Comment