On May 15 2016, Nicky Hayden got the last victory of a non-British rider in the World Superbike. It was in Sepang, in a race marked by heavy rain, when the Kentucky rider – who passed away after an accident on his bicycle – broke with the demolishing hegemony of the Great Britain riders. Hayden was also the first (and last) victory of the season with a motorcycle that neither belonged to Kawasaki nor to Ducati, the two brands that dominate with iron hand the WSBK.

This year, the tonality of the championship is similar. Jonathan Rea (8), Chaz Davies (3) and Tom Sykes (1) have shared the victories in the 12 races so far, with a total of 6 British 100% podiums, a feast to which only Marco Melandri has been able to be part of in the middle of the races, although still without the prize of the victory.

The massive presence of British riders in the top positions and the dominance that Kawasaki and Ducati have been demonstrating in the last three years are undercutting a championship which until recently was famous for its diversity of brands and nationalities.

For this reason, the WSBK organization is determined to take measures that return the interest to the fans. Its executive director, Daniel Carrera, has said in statements to Bikesportnews.com to be “in talks with the factories, because we do not like to see this gap between Kawasaki-Ducati and the rest, they have the potential, the budget, the riders… But we want a more even performance among manufacturers. “ 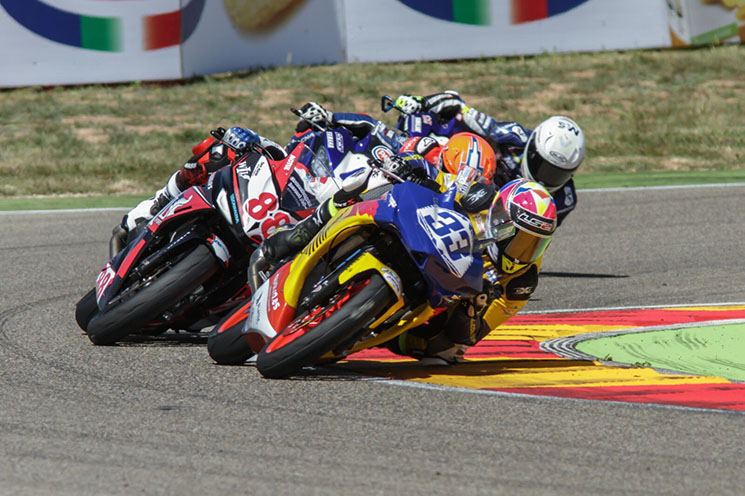 From Dorna they are aware that “every factory has its point of view, we are keeping all the inputs and talking to the technical directors, we will try to do something, but it is too soon to tell you what the changes will be. We want to implement changes that guarantee an improvement of the situation “.

Those changes, although Daniel Carrera did not want to confirm them, could go through a regulation of the motorcycles electronics, as already happened in MotoGP with Magnetti Marelli. However, in the WSBK Championship there is a problem: factories are interested in using their own software to take advantage of their feedback on their production bikes, something that does not happen in MotoGP, where only race with prototypes.

Another solution that the WSBK could  adapt is a system of concessions similar to the one of MotoGP, where the stronger teams would be forced to freeze the development of its engines throughout the season, putting to more modest teams to work in the engines and to do all the tests they want during the year.

Apart from the factories, in Dorna they are also working to bring all kinds of riders to the WSBK, not just those who no longer find a seat in the Motogp Championship. “We would like to see more rider exchanges between championships, it’s something we’re trying to promote,” explains Carrera,” we have some in MotoGP, for example Franco Morbidelli leads Moto2 and grew up here. We will work with the factories to make this happen, but it is a long process. We do not want to bring in riders who are at the end of their race carrier, we want riders who are still competitive and who add value to the championship. “

The first stone of this project is to attract new nationalities to consolidate the category of Supersport 300, a platform that Dorna wants to use as a trampoline to WSBK with the best riders in each country: “This year we have a new project based on Supersport 300, what we are doing is trying to generate connections with the most important championships and federations, as well as MotoAmerica and the Australian championship, in Australia they already have 300, and MotoAmerica will probably have it next year, BSB is thinking about implementing it. We want to create a direct link so that the national champions have the opportunity to go to our championship, so we will feed the Supersport 300 class with new nationalities in the hope that they will then grow in our paddock in the future. ”

Disaster For Honda: Guy Martin Says He Will not Race the Senior TT
At Ducati They Know Where Lorenzo’s Problem is, But Their Hands are Tied
Comment