Carmelo Ezpeleta has assured in an interview granted to the portal xlsemanal.com not to have a plan for when Valentino Rossi officially announces his retirement. The Italian rider has yet another year of contract with Yamaha, a union that will end in December 2018 unless Valentino decides to extend his stay in the Motorcycle World Championship. By then, the Italian will be 39 years old, and if he decides to continue running in 2019, he will do so with 40 years.

“Now everyone is asking me what we will do when Valentino leaves,” Carmelo explains in the interview. “We will not do anything, I’m looking for drivers, not shows.” With Marquez or Lorenzo, who are not so charismatic, the World Cup has continued to rise. The Catalan manager compares the end of the ‘Valentino Rossi era’ with the retirement of another motorcycle myth, Mick Doohan: “When Mick Doohan appeared, the world idol, the question was what will you do when Doohan leaves?” And he was not nice, by the way.

The portal xlsemanal qualifies the #46 as a “great pilot”, in addition to “good communicator and all that”. “The bikes drive him crazy, Valentino seriously had the possibility of going to Ferrari with Formula 1 and he did not go because he likes motorcycles more,” says Ezpeleta. 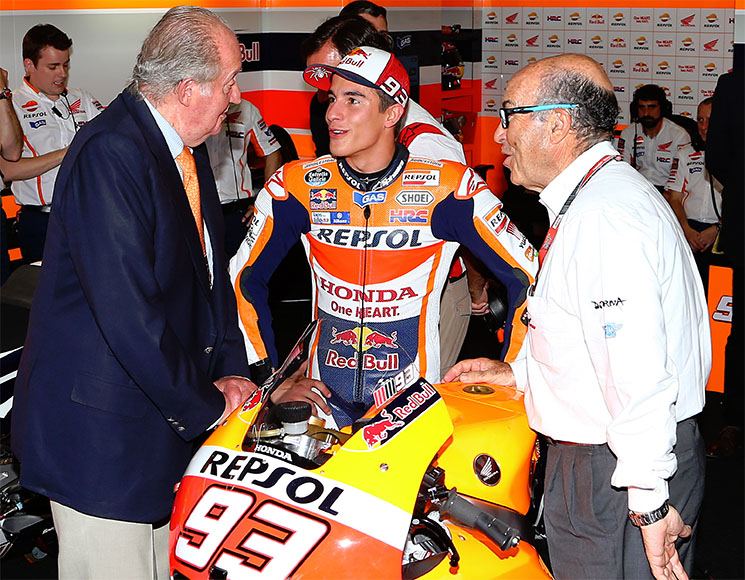 The head of Dorna asks if Valentino can become “very protagonist?” In some moments, although he defends Valentino by the way he understands the bike: “I’ve seen Rossi since he started in 125 with those rare celebrations, that at first I said ‘who is this guy? ‘We were delayed on the podium because of him… But we talked to him and we realized that it was something else. No one understands the bike like him.

About Marc Márquez, Ezpeleta describes him as “a monster”, as “a guy who has revolutionized the way of driving, who has an unlimited self-confidence and enjoys doing what he does.” He said that until last year, Honda “did not think about the championship and only thought about the races. This went well for a few years, but in 2015 it went wrong, because he was going to win every race, when he could do second and Secure the World Cup. ”

Another driver who has a great friendship with Carmelo Ezpeleta is Jorge Lorenzo, “an exceptional driver” in his opinion. If something has to emphasize Ezepeleta about the Spanierd is his “feeling of driving a motorcycle and take it to the limit.” He has gone through very difficult situations in his life, personally, and has come out of all. I am very fond of him. ” However, he believes that Lorenzo has a weak point, and is that “sometimes he is influenced too much by external things”. 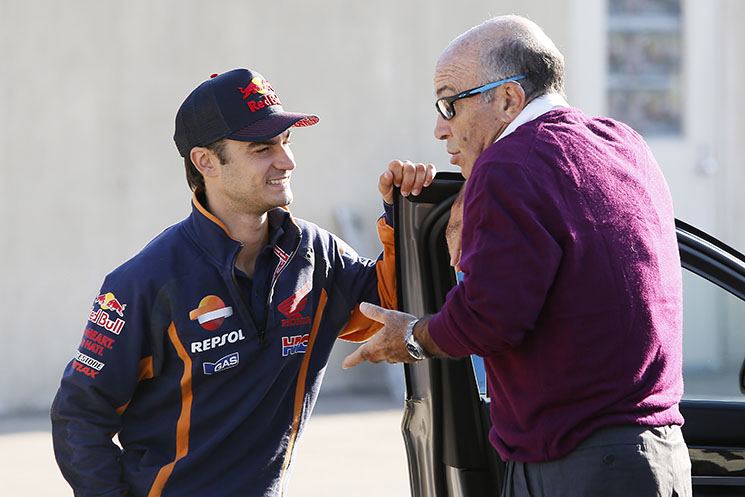 From Maverick Viñales, Carmelo Ezpeleta does not doubt that he has “a bestial personality”, besides being “an exceptional guy”. And remember the incident that the Spanierd had with his team in Sepang 2012 , when he gave up racing with them for a lack of understanding: “They came to tell me that Viñales was leaving, that he did not race any more because he did not agree with his team. I called him and I told him. ‘Maverick, here we have some rules and a man who breaks them will have difficulty to have room here for next year. You have to race, finish and then I will help you to go somewhere else. ‘ And he did, and the following year he was world champion on another team. ”

Ezepeta does not believe that the character of Viñales is bad; The Catalan manager calls it “temperament“, something that every rider needs at the moment of putting themselves in charge of a motorcycle: “You can not get on a motorcycle if you do not have it”.

Finally, asked by Dani Pedrosa, Ezpeleta does not hesitate to talk about him as a “great guy”, and believes that he has an important handicap in MotoGP: “He runs in a category where he has a bestial obstacle, is very small and weighs little and then, when he has fallen, he’s always been hurt, but that’s just why Dani’s bones are like that. ”

And he adds: “He has had a lot of bad luck, a mechanic was wrong, Marquez late braked and hit him in the back… he was not to blame for any of that.”