Randy De Puniet says that for Honda, “it’s so important to get Suzuka’s 8 hours as the MotoGP title.” The French rider, who compete with Kawasaki the first tests of the Endurance World Championship, has joined now the Honda F.C.C. team to storm a title that the Japanese factory tried to get with Casey Stoner back in 2015 and it is still resisting to them.

The difficulties in the Superbike World Championship and the Road Races have made Suzuka’s 8-hour victory more necessary than ever for Honda that wants to take the title at all costs. “That’s the reason why there are a lot of factory bikes and there are always a lot of MotoGP and Superbike riders,” says De Puniet in an interview with the French media, Paddock GP. He will share the box with Dominique Aegerter, Moto2 World Championship rider, and Stefan Bradl, Moto2 world champion in 2011.

Although the first half of the season disputed with Kawasaki, De Puniet recognizes that there was no space for him in Green Team, where Leon Haslam, Kazuma Watanabe, and Azlan Shah will compete. He received a call from the promoters of the championship offering him a seat under the umbrella of Honda. “It was a big surprise for me,” he admits.

Traditionally, Suzuka’s 8 hours have set up a test where many Japanese riders are in great shape, even though European teams such as GMT94 or YART have a heavy weight at the FIM Endurance World Championship. De Puniet believes that in teams like the GMT94, they only have engines configured for the 24 hours of Le Mans, a race that needs great reliability. Therefore, the bike has between 10 and 20 horsepower less. 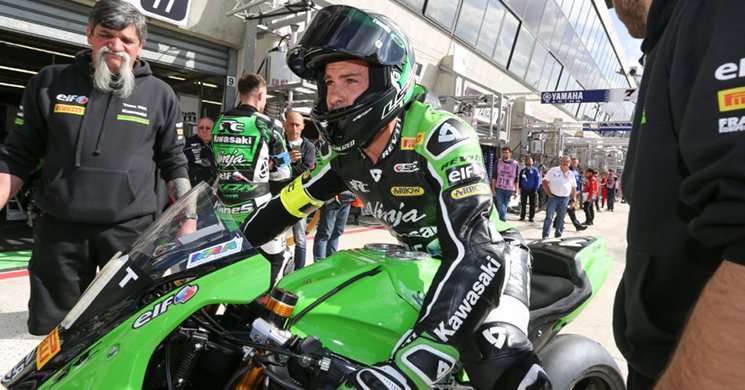 “The objective of these teams is to minimize the damage while looking for the title. The official Japanese teams laugh at that: they are only interested in the 8 hours of Suzuka and therefore all the engines are prepared for that. The result, their bikes are two or three seconds faster than those of the permanent teams, “explains the Frenchman.

Randy makes clear that his goal is victory, but remember that “many things can happen.” The podium is also a good goal, in any case: “We are going to give it everything and try not to make mistakes, as I say:” If everybody gives the maximum and we win, the better, But if we do the second place, then there has been a stronger team. “.

The 8 hours of Suzuka will be held on July 30, and Honda’s Moriwaki Motul Racing team dominated the last official tests.