The bad news does not stop for the Honda Racing team. The British team has confirmed a few minutes ago the absence of Guy Martin in the next edition of the Ulster GP, the fastest urban race in the world to be held from 6 to 12 August at the Dundrod circuit.

The news has been filtered by Noel Johnston, the director of the Ulster GP, who says he is “disappointed to hear the news that Guy will not run in Dundrod next month.” However, since the organization of the Ulster GP recognize that his absence “is not a surprise given the difficulties that the team has experienced throughout the season.”

And is that 2017 promised to be one of the best seasons for Honda Racing. The arrival of Guy Martin to the team after his temporary retirement, the good shape of John McGuinness and the expected debut of the new Fireblade SP2 2017 were more than enough ingredients to think of a great season by the British team.

However, already in the first international race, the North West 200, the problems arrived. McGuinness suffered a crash due to a failure in the electronic accelerator of his motorcycle during the free practice, a crash that ended with a double fracture of tibia and fibula and has left the Morecambe missile out of play facing the TT and the rest of road Races scheduled throughout this summer. 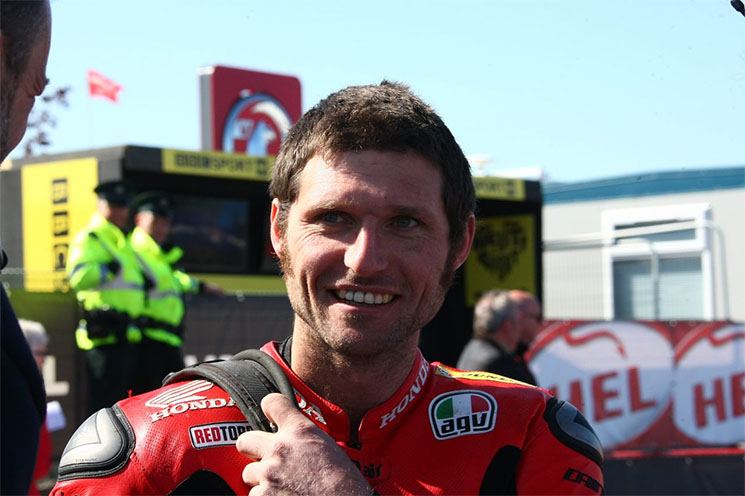 The uncertainty about the McGuinness crash forced the team to remove Guy Martin from the rest of the North West 200 races as a precaution. In the TT, Grimsby’s rider suffered a crash in the race of Superbike; Fortunately, Martin was able to escape this crash with a blow to his wrist, an injury that, coupled with the distrust he had with his Fireblade, and led him to abandon the rest of the TT races with the exception of TT Zero electric motorcycles, where Finished second.

After the TT, Honda Racing focused 110% on the development of the Fireblade SP2 to solve the problems that both McGuinness and Martin had suffered from the bike. There was an even talk of a possible change in the electronics of the bike, leaving the official HRC ECU for a MoTec identical to that used in the British Superbike.

A couple of weeks ago, Honda Racing announced its intention not to participate in the Southern 100 that is celebrated in the Isle of Man to try to arrive at the Ulster GP with all the guarantees. Now, just two weeks before the start of this road race, and they also confirmed the absence of Guy Martin, who hoped to return to the circuit where he almost lost his life in 2015 after his serious accident.

“I was expecting another outcome since Guy is the favorite of the public and has never hidden his love for this circuit,” says Noel Johnston, “Which is the international road race where he has been more successful over the years. I’m sure the decision has not been taken lightly by him or the team and I wish Guy the best in his career. ”