Riding With a Little More Confidence – Jorge Lorenzo finished eleventh on the first day of the #Americas MotoGP competition. On the asphalt of Austin, the Majorcan was 1.2 seconds behind from the reference, imposed by Marc Márquez (2: 04.061), and obtained a result similar to the one of the first day in Qatar, where finished tenth. In Argentina, this result was different and finished in 18th position. Faced with this situation, the three time MotoGP champion claims that he is riding “a little more aggressive” and “with a little more confidence“, he is still not “very comfortable” about The Desmosedici, due mainly to the state of the track.

“The bumps have increased over last year, and all the Ducati are suffering their absorption a little. We have to work a lot in the set up to get the bike to absorb them and there is more stability ahead, we have lacked a lot,” the #99 said very specificly in statements to Movistar MotoGP. The complaint about bumps has been common among the riders of the queen category. 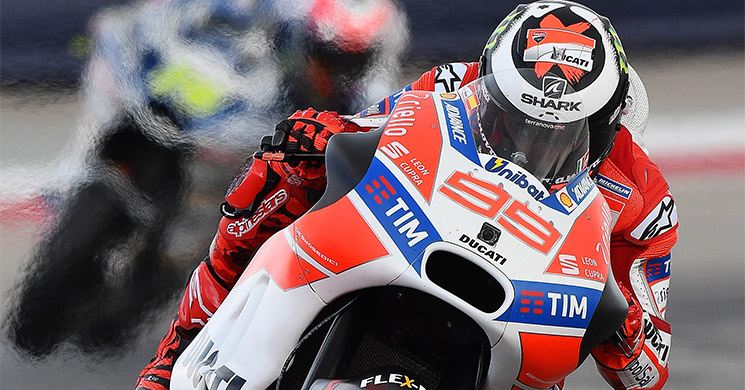 The positive aspect, according to Jorge Lorenzo, is that “the traction is good“, although he will have to sacrifice a little in this sense, to win it in the fast corners.

In FP1 he has been sixth, but he has made this record with the soft tire, an option that, in principle, will not be used in the race. For this reason, “you have to work with the average compound“.

The MotoGP riders will be back on track tomorrow, Saturday April 22, to celebrate the FP3. 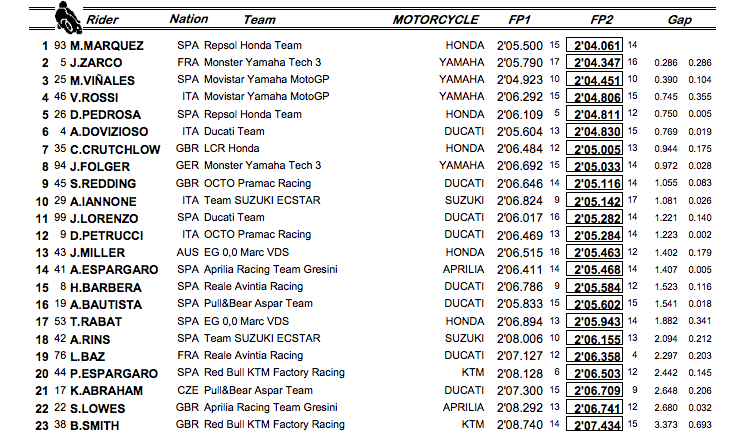