RPM Limitation WSBK – The World Superbike will undergo a major change next season with the entry into force of a limitation of revolutions that will affect all the factories involved in the championship. Dorna’s goal with this modification within the regulation is none other than to try to level up things within a championship overwhelmingly dominated by Kawasaki during the last three seasons, also offering concession points to less leading teams to be able to introduce improvements to their bikes throughout the season.

Until this last season, Ducati was the only factory that was forced to introduce a limitation -in the form of a metal part- in the admission to reduce the performance of its two-cylinder engine, which has an advantage of 200 cc compared to the four cylinders and 999 cc motorcycles.

In 2018, Ducati will not have to have this limitation, but it will be affected – like the rest of the factories – by a maximum RPM limitation on the Superquadro engine of its Panigale R. The Italian factory will be the one with the lowest limit -12,400 rpm- while Aprilia, BMW, MV Agusta, Suzuki, and Yamaha will be able to take their four-cylinder engines to 14,700 rpm.

Here is the full table of RPM Limitation WSBK for 2018 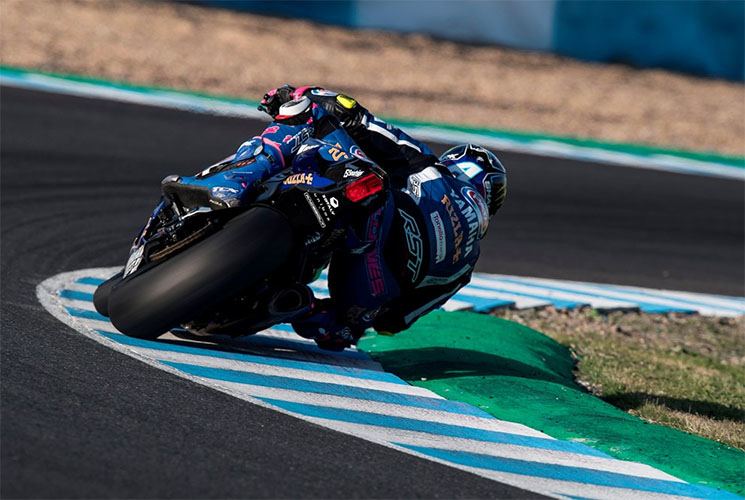 Each factory will be responsible for entering this limit in the engine ECU, and Dorna will monitor the maximum turn of each engine through a data-logger that can be accessed at any time. The riders may only exceed the limit of turn set when they lower a gear.

This ceiling of revolutions imposed on each brand will not be final. Throughout the season, Dorna will have the power to reduce or increase the speed limit of each factory based on a series of parameters that will be calculated by a specific algorithm developed for this purpose. This algorithm will calculate the changes in the limits of each motor according to a series of parameters:

The changes in the maximum roof of revolutions of each engine can only be introduced every three races and will be done in 250 rpm sections. This means that, for example, if Jonathan Rea and Kawasaki dominate with authority the first three rounds of 2018, the factory in Akashi could be limited to 13,850 rpm from the Assen round, thus reducing the final power and performance of the aircraft. the Ninja ZX-10RR, a machine that, according to Jonathan Rea, has lost about 4 km / h on the Jerez straight as a result of the 1,400 rpm that Kawasaki had to cut in its engine compared to 2017 when its engine was turning more beyond 15,300 rpm.

Albi Tebaldi, Head of Rossi MotorRanch VR46 – We Are Confident The Court Will Give Us The Reason
Daniel Hegarty Loses His Life at the Macau Grand Prix
Comment