Michael Dunlop has completed one of his best appearances at the Southern 100, an urban race that has been held in the Isle of Man since 1955, covering the 6.8 kilometers of the Billion Circuit, an improvised urban racing circuit located in the municipalities Of Arbory and Malew.

The youngest of the Dunlop brothers, who arrived at this Southern 100 after winning the Senior Championship of the TT 2017, had three victories throughout the race week, all at the controls of his new GSX-R 1000R, with the colors of the Bennetts Suzuki.

Dunlop took the Corlett’s Trophies 600 / 1000cc races, Island Aggregates Senior Race and Ellan Vannin Fuels Senior, but it was not easy, as Dan Kneen (BMW) fought with Michael in every race until the checkered flag, always crossing The finish line to few tenths of the Suzuki rider. 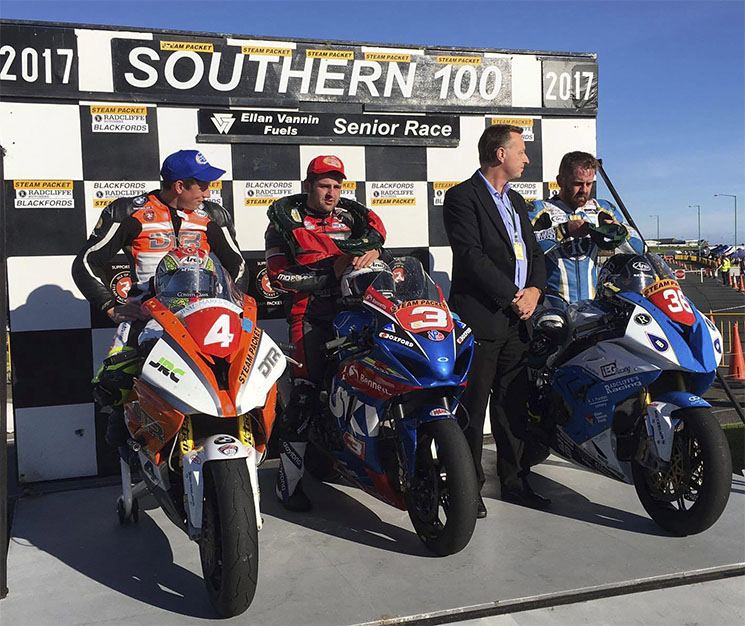 Dean Harrison, the only driver to join Michel Dunlop and Dan Kneen in Corlett’s inaugural race, also took his Kawasaki ZX-10R to victory in the big Manx Gas Solo Championship final, winning the scheduled race 9 laps ahead of Kneen and Dunlop, who also did not make it easy for Harrison. The Yorkshire also climbed to the top of the podium in the two races of Supersport, S & S Motors 600cc and Radcliffe Butchers 600cc.

The great absentee in this edition of the Southern 100 has been Guy Martin, who finally chose not to go to the Isle of Man to continue working on the development of his Fireblade SP2. The Honda Racing rider will be back on his bike at Cadwell Park, on the occasion of the Sunday’s Moto Time Attack to be held this weekend (July 16).

Two other riders missing in the Southern 100, in this case injury, have been Ian Hutchinson and John McGuinness, who are recovering from injuries sustained in the TT and North West 200 respectively.

Márquez – What Rossi is Doing at His age is Incredible, I Respect Him 100%
11 Riders Who Have Been Prophets on Their Home MotoGp in 2017
Comment