Michael Dunlop goes back to bet one more year for a brand new bike. If the Northern Irishman rider was already responsible for making the Yamaha YZF-R1 2015 debut in the North West 200 and the TT (with a disastrous result), today we have learned that the youngest of the Dunlop will race this year with Bennets Suzuki at the controls of the new GSX-R 1000R 2017.

With this agreement, Dunlop sets aside another year – BMW, a brand with which has achieved five victories in the TT in the last three years. His new relationship with the GSX-R 1000R 2017 will start next May 7 in the North West 200, and then the Isle of Man TT, where Dunlop will try to increase the 13 wins he has already accumulated here. In addition, the 27-year-old will also race the Ulster GP dressed in the colors of the Bennets Suzuki.

“I’m back on a dream team,” Dunlop said. “It’s a good thing for me and Steve [the team owner] because the team will have full factory support again.” One of the reasons that Michael has decided to bet on Suzuki is the support they will receive directly from Japan, specifically from Yoshimura, who is 100% involved in the project: “Yoshimura’s involvement has been key, it’s important for me. Support and getting the right material from the factory will be something special. ” 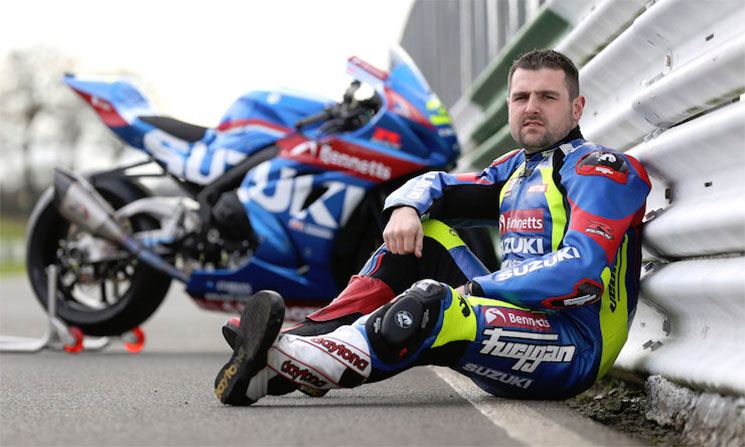 After the problems of reliability that Dunlop suffered in the TT 2015 with the Yamaha R1, he is convinced that this situation will not repeat itself with the Hamamatsu superbike: “The Suzuki may be a new bike, but that can not be an excuse.” The first year I got on the BMW in the TT, I won with it, what matters is what you do with the bike. That this time we can overcome the obstacles if we have to do it. We have people like Steve and Stuart Hicken, Nick Goodison, the motor builder and the support of Yoshimura who can help us to solve any problems we have.

With the arrival of Dunlop, the Bennets Suzuki completes a dream structure for this season, relying on Sylvain Guintoli and Taylor Mackenzie to ride the GSX-R 2017 in the British Superbike.

In addition to Superbike and Senior TT appointments, Michael Dunlop will also race in the Superstock category with a GSX-R 1000R in MD Racing colors, his own structure. The Northern Irishman will also remain racing Supersport races, although he has yet to announce which motorcycle he will ride (possibly get on a Yamaha R6 2017).

His debut with the new Japanese superbike will be in the circuit of Cartagena on March 1, for a private test. Here is a video with the first details of his GSX-R: