Presentation Tourist Trophy 2017 – The Isle of Man is preparing three months before the TT for its long-running, in a year in which the changes of equipment and the arrival of new motorcycles will make even more exciting the duel between the leading riders.

The beginning of spring is associated with the presentation of the Isle of Man’s Tourist Trophy, an historic race that has been taking place on the small island of the Irish Sea since 1907. The oldest and most dangerous in the world. As usual the organization of the TT has brought the journalists more related to the road races to the Isle of Man for the presentation of the race. To return to tread the mythical Circuit of the Mountain is something always special and if you have run here even more.

The most important pilots gather at Villa Marina, the island’s theater, in a high-profile event that is broadcast live by Matt Roberts and Steve Plater. In it we have been able to talk to drivers and have a clearer idea of ​​what can happen in one of the most disputed TT of the last years and that is not easy considering considering how they have developed the last two years. The 2017 numbers say a lot: 19 drivers who have rolled above 128 mph (average speed per lap), 71 victories and 195 podiums among those who will line up in the starting grid in this next edition. 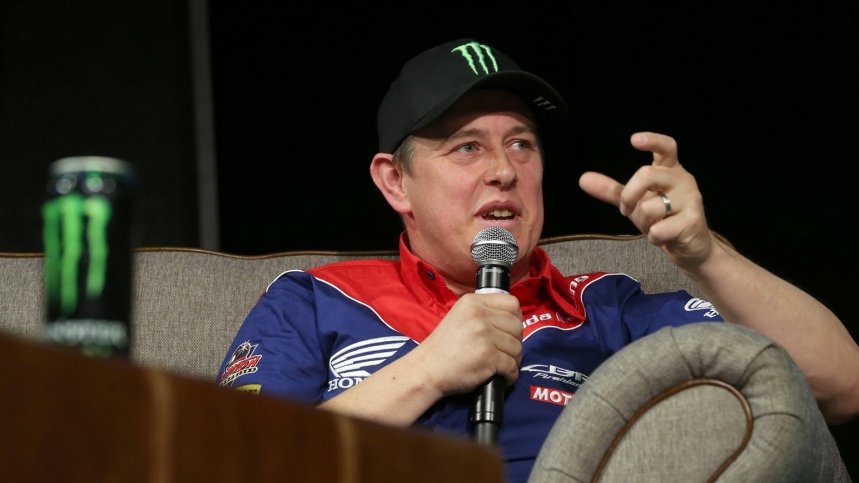 John McGuinness, who will come out with the number five for the first time, remains one of the strong men of the big categories, Superbike and Senior TT, and King of the Mountain with 23 wins. This year he receives the new Honda CBR 1000 RR SP2, just presented, within the Honda Racing team and although he has only been able to test it in his version of Superstock is very motivated as he told us: “The previous bike just needed more Power, had stability and reliability. Now we have to tune it and find those horses, while last year at this point we just had to put gas. I am positive and I have to believe that I can win with it. We have waited a lot for the new model and now that it has arrived it has to be a motivation. I also like the idea that Michael has gone to Suzuki, Hutchinson goes with Dunlop tires and Josh Brookes comes back and does it with Norton.

All these changes also motivate me. My rivals are in principle Dunlop and Hutchinson, who dominated in 2016, but I think Brcue Anstey can still surprise with RCV213. I think I can still win, I have to believe. Regarding my teammate, Guy Martin, it’s a bit strange, he thinks he can talk to his dog … But I like him. ” 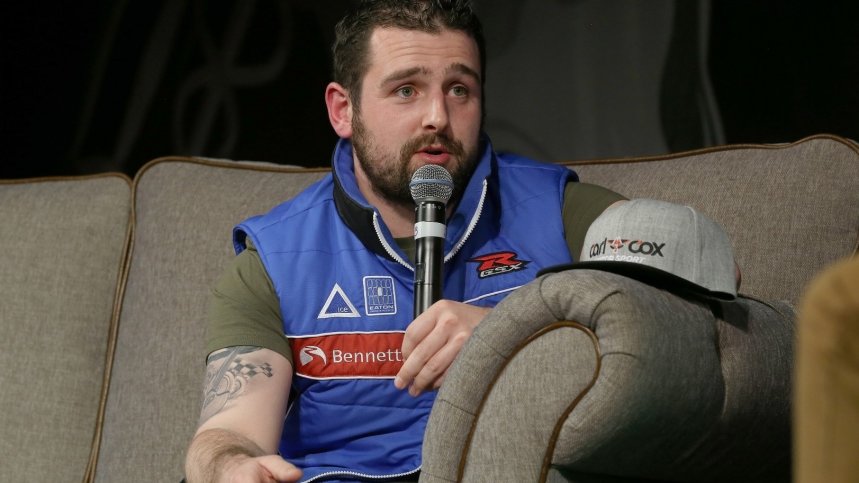 Michael Dunlop, nephew of legendary Joey and with 13 wins in the TT, has been another of the outstanding drivers in recent years for both his speed and aggressive style, has the fastest lap record, as his team changes and tires last minute.

This year he returns to the Bennetts Suzuki team, which also launches the new GSX-R1000R. Michael is going to give everything to stop Hutchinson and McGuinness, he is clear: “I do not look at my rivals, only what I have to do to win. I think you can still go faster and improve the times of last year, that’s my job. From what I have been able to test the bike has given me good sensations and I can win with it, although until I try it on the TT I will not know how far I can go. I know I can roll again under 17 minutes. ” 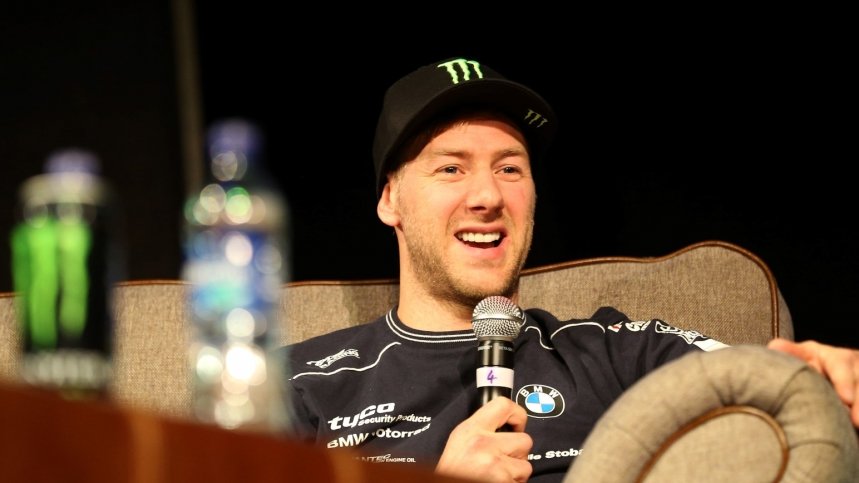 Ian Hutchinson who has returned to winning after three years of low and 30 operations is also in shape and is maintained with Tyco BMW for Superbike and Superstock categories and with Yamaha in Supersport.

The change in his case is that he leaves the Metzeler tires for Dunlop, but a priori does not worry because he has run almost his entire career with them. “I have the same bike in all categories and the same team, so I’m confident. I needed to change something to go one step further and that’s why the Dunlop tires. I’ve always run with them and I can go fast from the beginning. My rivals will be McGuinness and Dunlop, but I’m prepared and what happened last year is forgotten, although Michael went too far with his statements. I think we can go faster and improve the record that last year was not made in the lap thrown, which is the last of the race ” 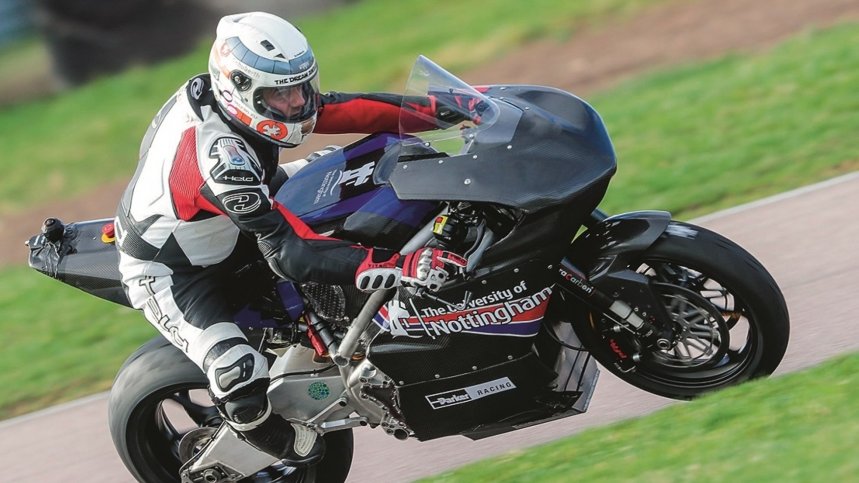 The popular and charismatic Guy Martin returns to the TT after a year without competing and does so as teammate of McGuinness in the Honda Racing. His return has been a big surprise, as will his performance after missing a year in a race as demanding as this.

The challenge between them will be intense, but as usual there will be at least ten drivers capable of winning a race, such as Bruce Anstey, William Dunlop, Gary Johnson, Conor Cummins, who could be the third local driver in history in Get a win. In addition to the new generation has already consolidated with James Hillier, Dean Harrison, Lee Johnston and local driver Dan Kneen. Among our highlights is the return of Antonio Maeso to the Isle of Man after injury, in 2013, who will run in the Lightweight category with the bike he has manufactured in his workshop and TT Zero with the team of the University Of Nottingham. Raül Torras will debut after their good results in the past Manx GP. The schedule is also faithful to the tradition and the island’s roads will be closed to host the training from May 29 to June 2, while races will be from 3 to 9. In the next TT you can see the two races of Supersport (4 laps), Superstock (4 laps), Sidecar two (3 laps), Lightweight (3 laps), TT Zero (1 lap), Superbike (6 laps) and Senior TT (6 laps). It is a unique race a spectacle that has no comparison and in which success is closer to the disaster than in any other competition. 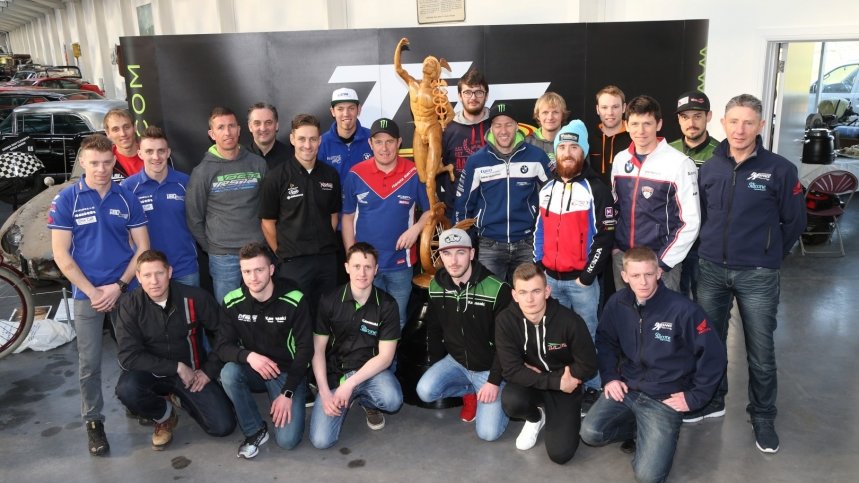