After the race of the French Grand Prix, Jorge Lorenzo revealed that he was suffering from an ergonomic problem with his Ducati. He had shown several times that he had a pace to lead races but, with the passage of the laps, he lost steam and ended up yielding to his rivals.

“The deposit is very low and it’s very forward from me, I have no support and after five laps my arms get tired, I have to decrease my rhythm and go stiff in the brakings. We have to find a solution in the Barcelona test. We have to look for solutions to the deposit in order to have more support and not to load your arms so much. If we can maintain that pace for many more laps, we can fight for something important, “he explained at Le Mans.

Days after the French appointment, Jorge Lorenzo the #99 went to a test in Mugello in which he released an appendix for the deposit. An addition that costs just a few hundred euros, in addition to the engineering work behind it, and has allowed the five-time world champion to ride much more comfortable, to the point of being one of the triggers for his two consecutive victories.

In the following image you can see the support that Jorge has on his leg thanks to this new piece: 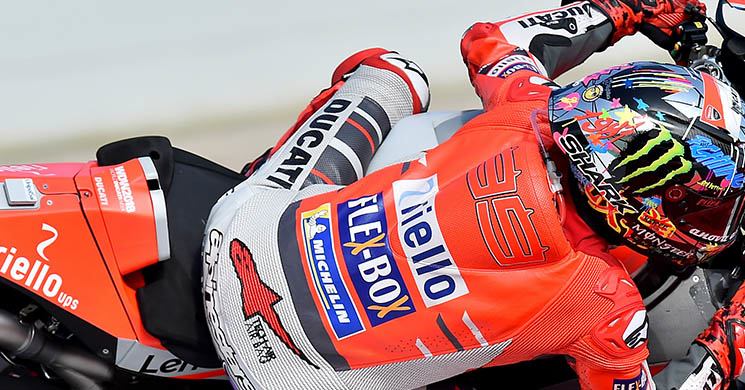 And here you can see that, before Italy, I enjoyed a much smaller contact surface: 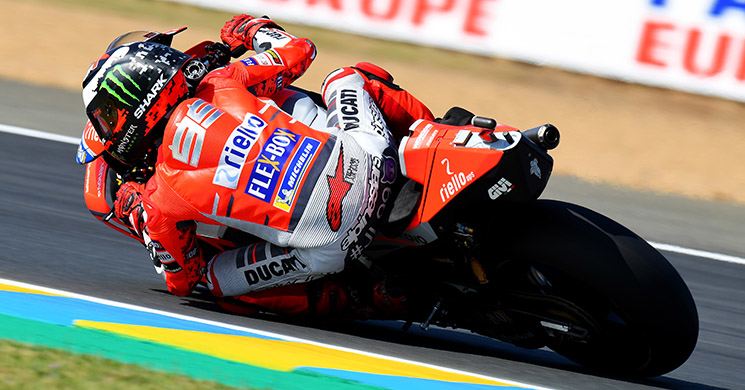 The Ducati had trained more than ever so that the fall of his performance with the passage of the turns was the smallest possible, but with the new deposit his forearms end much less stressed and can also drop more, improving the distribution of weights during the different phases of piloting. “The addition has helped a lot to go from 7/15 laps of good speed to 20/25 that lasts the races,” he said in Montmeló.

Of course, the extension of the deposit is not the only factor that has given him victory options. Consider that you have learned some secrets of the prototype and its passage through the curve is faster. “I’m getting close to the level of the Yamaha,” he admitted, before explaining that he also crosses the bike in braking “even more than Dovizioso.” A different style, accompanied by the right bike, has allowed the Spaniard to take out the hammer again. And twice.

Here a more detail view of the tanks side to side: