The second race of the weekend in Assen started with Xavi Forés in pole position after finishing fourth in the first round of Saturday. The Spanish rider maintained the first place during the first minutes, until the official teams began to arrive, that had started from positions behind due to the new regulation of the WSBK.

Jonathan Rea, starting from ninth place, only needed three turns to catch the leading group, to overtake Forés, and to lead alone with more than 1.3 seconds on Tom Sykes, who also passed Forés in this first part of the race.

The Spaniard also could not handle the attacks of Chaz Davies, who finished third, and Eugene Laverty, who retained fourth place during the opening rounds of the Milwaukee team’s Aprilia race. Laverty could not contain Michael Van der Mark, who 14 laps to the end put himself in fourth place at the controls of the official Yamaha R1. At this point of the race, Marco Melandri will go to the ground when he was fighting with Xavi Forés for the ninth place.

Rea, who had a wide advantage over 1.3 seconds over Sykes, runs wide 11 laps to the end allowing his teammate get closer to him. Behind, Davies has managed to get rid of the local pilot Michael Van der Mark, who is not able to keep up with the Panigale of the Welshman. 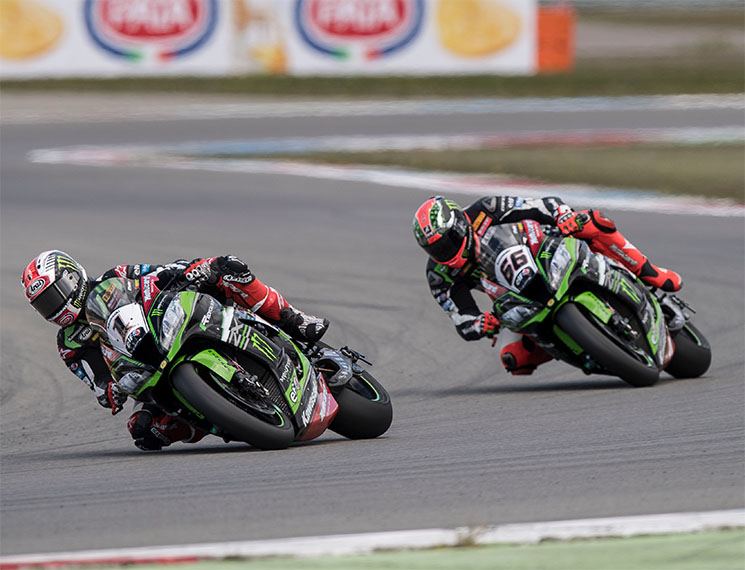 The race progresses unchanged prominently in the front. Sykes remains close on Jonathan Rea’s bike, while Davies and Van der Mark are third and fourth respectively with more than a second’s distance between them. The only fight in the top 10 is held by Nicky Hayden and Jordi Torres for the eighth place.

The last lap of this second race of SBK in Assen starts with Jonathan Rea at the head, followed of Sykes to only 117 thousandths. The #66 stays behind waiting to find some gap and be able to pass Rea. The reigning WSBK champion closes the trajectories to the fullest, denying Sykes the chance to overtake him, and both end up crossing the finish line by a narrow margin of 25 thousandths in favor of Rea, who thus signed a brilliant double in Assen after his Victory of Saturday. With this is already 7 wins of 8 possible for Rea this season.

Chaz Davies finishes third, ahead of Van der Mark (4th) and Yamaha teammate Alex Lowes (5th). Leon Camier reaches the 6th position on the official MV Agusta F4, followed by Jordi Torres, who finally finishes seventh after fighting with Eugene Laverty in the final part of the race. Forés, who had been on pole, finished 13th, possibly due to a problem in his Ducati.

Finished the race weekend at Assen, Jonathan Rea is still WSBK leader with 195 points, well ahead of his team-mate Tom Sykes, second overall with 131 points. The official Ducati of Chaz Davies and Marco Melandri occupy the third (111 points) and fourth position (97 points) respectively. 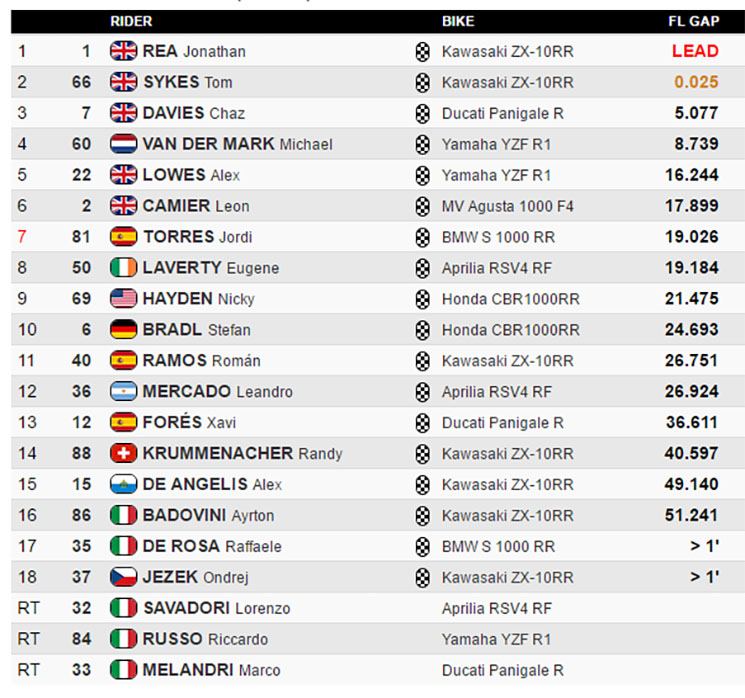 Ezpeleta – Everyone Asks me What to do When Valentino Leaves
SBK Assen: Davies Out on the Last lap and Rea Adds His Sixth Win of the Year
Comment