Maverick Viñales regretted that in some races they were “really confused” with the electronic configuration of their M1. In situations of little grip like those of Jerez and Barcelona, ​​the Movistar Yamaha MotoGP suffered more than usual, a situation that forced them to reduce the power of their prototypes through electronics. Now they are looking for a way to bring it back.

“In some ways, in the races where we have had problems we have modified the electronics and we have lost a lot of power. In every race we had less and less power, and now it seems that we need to recover it with electronics”, explains the #25.

Maverick acknowledges that in some races they have been “really confused”. For this reason, he believes that they must “keep the same line from the beginning, the same electronics“. “We have changed a lot during all races, so we have to work to regain that confidence we had at the beginning of the season,”. 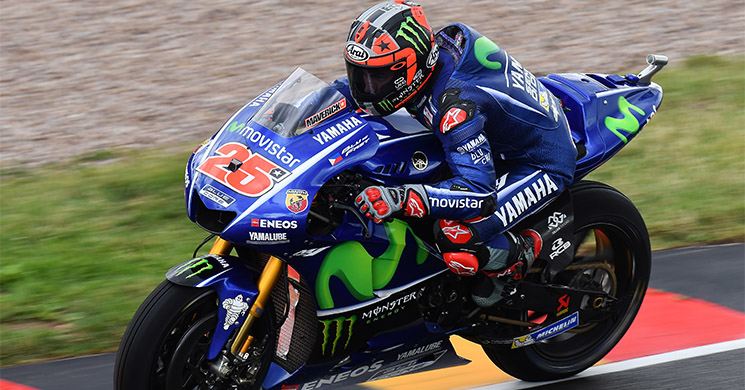 To these difficulties, it is added that, after the test after Barcelona, Yamaha introduced a new chassis that recovers certain advantages that had the one of 2016. Valentino Rossi has benefited from this measure because he recovered sensations of which it did not enjoy in the beginning of the Course, although Viñales has made it clear that his preference is the frame that allowed him to start the season with two consecutive wins.

The difficulties that Yamaha has had in some circuits have contrasted with the regularity of the two rookies in the premier class, Monster Yamaha Tech 3 riders. Johann Zarco and Jonas Folger have been consistent in the top ten and have managed to climb to the podium in their first Stage like any rider of the premier class. For this reason, the German rider believes the official Yamaha riders should try the 2016 chassis, whose main handicap, according to Valentino explained, is the poor management of the tire facing the second part of the races.