In addition to having the opportunity to thoroughly test Michelin’s new front tire, the Movistar Yamaha MotoGP riders also had the chance to complete several laps in the Jerez test with a new upgrade of the YZR-M1 chassis that caused a split of opinions within the box of the Iwata factory.

Maverick Viñales, who was the fastest rider with the best time of the test with a 1: 38.635, two seconds faster than his best lap in Sunday’s race, said that the new chassis “works quite well” and was able to verify that, using the same settings and tires as those used in the race, “we had a totally different result from yesterday [Sunday], we had a really good pace.”

Although the new M1 double-girder chassis is promising, Maverick Viñales needs to accumulate more miles on it before using it during a Great Prix: “There were positive and negative things proving the new chassis, we have to do tests and analysis and then we’ll see. ” 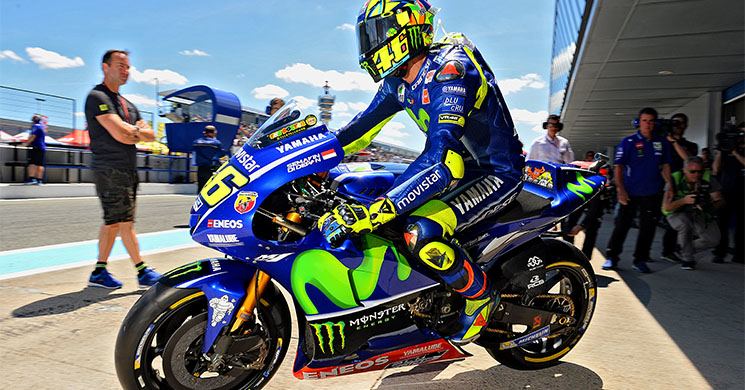 Valentino Rossi did not share the good feeling that had his teammate during the test on Monday in Jerez. After accumulating 62 laps with the new chassis, the Italian did not notice any evident improvement, saying good by to the Andalusian track with more doubts than when he arrived. His position in the time sheet, 21 to 1.8 seconds of Maverick, gives a good faith of this.

“Today [Monday] we looked for results with a more normal setting, but unfortunately the new material and the new chassis did not work better,” lamented the #46. “In the short term I think we can try something with the set-up. But we need something … I do not know what, honestly, but it seems like it’s something inside [the bike]”, added Valentino, who leaves the ball on the Yamaha´s side.

Massimo Meregalli, admitted that “it was important for us to stay here and do a test after yesterday’s race. We had the opportunity to try out an updated chassis with both riders in addition to Michelin’s new front tire.”

The team manager of the Movistar Yamaha MotoGP assured that the new chassis “has some good points, although there are still areas where we can improve.” While Valentino has been working on different set-ups, Maverick has come out with the same set-up and tires, when the temperature was the same as in the race. He did a half-simulated race and the pace was faster than yesterday. With these laps, the bike worked as expected during the race. We will now analyze the data we collected yesterday to see where the problem is. ”