Valentino Rossi had the date of August 5 marked on his calendar in red. Today the Tavullia rider has maintained his first contact with the motorcycle he will ride next year

Valentino Rossi had the date of August 5 marked on his calendar in red. Today the Tavullia rider has maintained his first contact with the motorcycle he will ride next year, possibly his last season in MotoGP, hence Valentino’s interest in knowing what will be his last companion in this dance that started in 1996.

Since the current season started, both Valentino Rossi and his partner Maverick Viñales have demanded more power from Iwata engineers for the 2020 engine to get more top speed and stop being the slowest motorcycle on the grid in the records obtained at the end of straight.

The Italian was very curious to know if this first version of the M1 2020 met their requirements, and for the moment everything indicates that their feelings have not been as expected. Rossi has valued positively the fact that Yamaha has allowed them to test next year’s bike so soon, something that had not happened for a long time: “It’s good to have tried it here already, as in the good old days,” commented the Italian in statements collected by GPone.com.

Valentino Rossi confesses “to have noticed a little more” of power with respect to the Yamaha of this year, but it is not what he expected: “We need something else, real horsepower. I did not expect anything in particular from this first contact, not today it was the day to make a difference, but the new engine is not much stronger than the current one, “summed up #46. 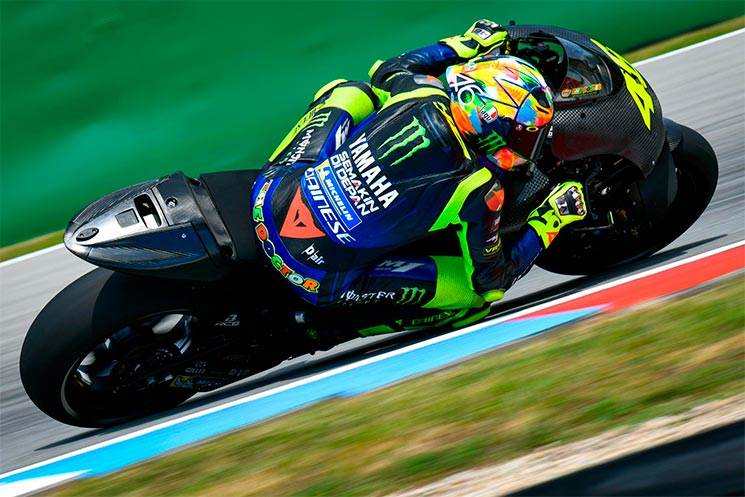 In any, still in August, Valentino is calm and confident that Yamaha will be able to evolve the M1 2020 over the next few months: “I know very well that our rivals are working very hard and today it has only been the first test as I said, I have not noticed a big difference in terms of engine power, in fact, we need more. Anyway, there will be more news soon, in the Misano test at the end of the month and also in Valencia, in November. ”

“We have also had a new tail and fairing since we always suffer a lot with the lifting [wheelie] of the motorcycle,” Rossi adds. “Then I made some changes to the setting and balance, and there have been positive things and others not so much. Anyway, there is a lot of work to do.”

Finished this Brno test in which Valentino has secured the sixth fastest time – four-tenths of Fabio Quartararo’s record -, the rider of the Monster Energy Yamaha MotoGP trusts that this test will be useful for the Austrian Grand Prix that it will start in five days, a circuit that has never adapted well to the configuration of the M1: “On paper is not one of the most favorable circuits for us, but today we have done a lot of work on the track with the M1 that we can take advantage of . We’ve found something good, “concluded Valentino Rossi 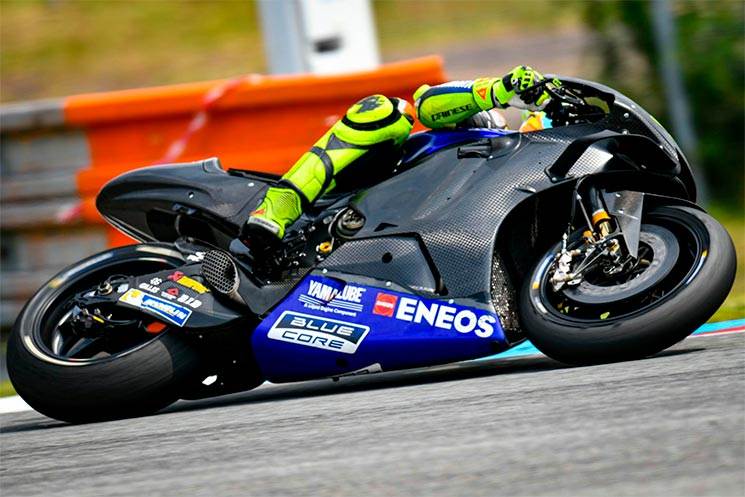 Ducati Wants Lorenzo on Jack Miller’s Motorcycle in 2020
Rossi – I Will Race this Year and the Next One, and Those Who Say I Retire Also Know That
Comment